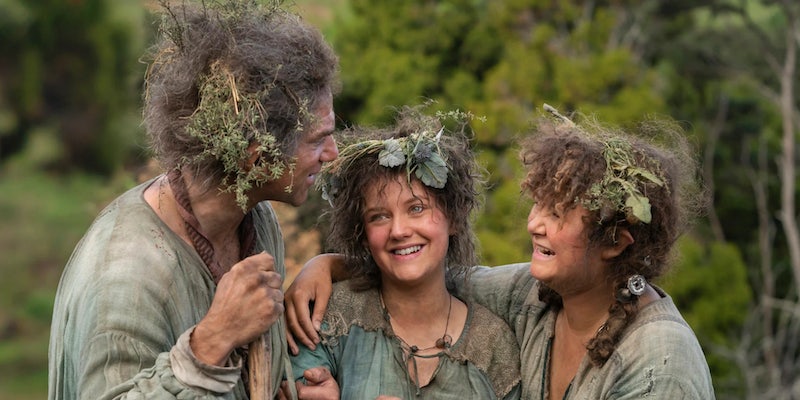 ‘The Rings of Power’ episode 3: Is it just me, or are the harfoots kind of horrible?

This post includes spoilers for The Rings of Power episode 3, “Adar.”

The Rings of Power’s greatest weakness is its writing. Boasting dazzling production values as we enter the kingdom of Númenor, episode 3 was otherwise rather patchy, full of simplistic dialogue and one-note characterization.

Between the anticlimactic introduction of Isildur and the dubious choice to enslave the show’s most prominent Black character, I found myself fixating on a less-momentous subplot: The injury of Largo Brandyfoot. There’s a distastefully cynical undertone to this little arc, coupled with some incoherent worldbuilding around harfoot culture.

Like most elements of The Rings of Power, the harfoots draw inspiration from both Tolkien lore and Peter Jackson’s Lord of the Rings. The adventurous young Nori Brandyfoot resembles Frodo and Bilbo Baggins, and the harfoot village is a nomadic precursor to the Shire: A warm, close-knit community who love food and parties, and share a very risk-averse attitude to life.

Based on the upbeat way they’re presented, we’re seemingly meant to find the harfoots charming. However, by episode 3, it’s obvious that harfoot culture is deceptively unpleasant, to the point where Nori’s role enters YA dystopia territory. For the crime of befriending an outsider, she faces expulsion from an extended family that leaves its weakest members to die.

This leaves us with a conundrum: Is The Rings of Power intentionally trying to portray the harfoots as ruthlessly judgemental, undermining our assumptions about their cozy vibes? Or is the show’s writing simply incoherent? Based on the lack of subtlety elsewhere, my money’s on the latter.

When Nori’s father Largo breaks his ankle in episode 2, it’s presented as a life-threatening problem. If he can’t walk, how can he survive their seasonal migration? This fear intensifies in episode 3 when Nori’s family is banished to the back of the caravan; a punishment for her rebelliousness. This is a death sentence for Largo, who will surely fall behind. No one suggests that other adults might help him travel, even though Nori literally demonstrated using a makeshift wheelchair for her human friend last week.

This scenario presents the harfoots as brutally unkind, to a frankly implausible degree. We’re meant to believe this community will abandon anyone who might slow them down—in other words anyone elderly, disabled, or sick.

On both a practical and emotional level, this doesn’t make sense as a cultural norm. Everyone in the village has a personal tie to Largo Brandyfoot, and a community this small can’t afford to lose everyone who gets injured. The population would soon collapse. On another baffling note, the show also appears to separate the harfoots into nuclear family units—something that doesn’t really fit their nomadic hunter-gatherer lifestyle. There’s a bizarrely Ayn Randian subtext to this worldbuilding, reflecting the kind of mindset that misinterprets “survival of the fittest” as an ableist slogan.

While The Rings of Power largely avoids the gritty trends of the Game of Thrones era, this situation has a lot in common with the biggest Game of Thrones-related controversy: The debate over whether it’s “realistic” to include lots of sexual violence in historical fantasy settings.

Whenever this argument comes up, the supporting rationale is that life was more brutal in “the past.” Episode 3’s harfoot subplot displays a similar attitude to disability, depicting Largo’s treatment as a tragic yet predictable outcome. However, this relies on some very uncharitable assumptions about human (or harfoot) nature.

Dating back to prehistoric times, there’s a great deal of evidence that people have always cared for their sick and disabled loved ones—and this would surely be true for Largo. These harfoots spend their entire lives together, and Largo is a beloved member of the community. You’re telling me his extended family wouldn’t throw away some furniture so he’d have room to sit in a cart?