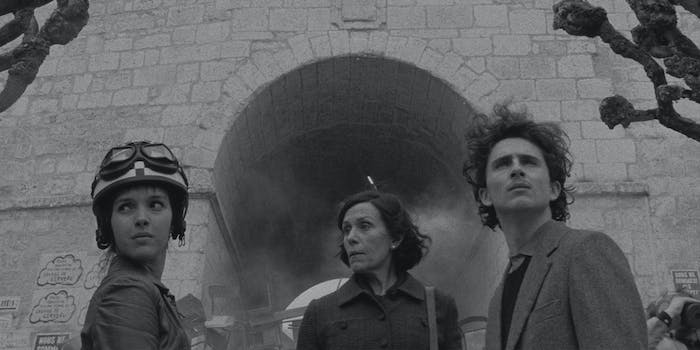 Cannes Film Festival red carpets are weird, right? Who are you supposed to be looking at? How are you supposed to dress? Do women have to wear couture while men wear sneakers? A photo of The French Dispatch cast at Cannes mixes up all these questions, and it has produced a meme.

The photo, which features director Wes Anderson along with stars Timothée Chalamet, Tilda Swinton, and Bill Murray, quickly evolved into an object-labeling meme. The four very distinct sartorial styles on display made it easy to apply to any profession, experience, or opinion.

There’s the basic one: The four social media platforms.

But then it got more specific.

As The French Dispatch is a movie about journalism, this one about how people dress depending on how long they’ve been in the industry resonated.

Murray, who appears to be shopping at Dan Flashes, trended separately, most likely because of his shirt. Or maybe the Zaila Avant-garde shout out.

The meme became so ubiquitous that some tried to set the record straight.