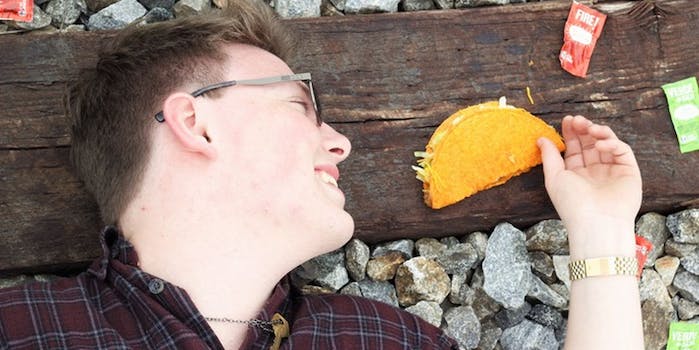 It’s no secret that teens love Taco Bell, the emoji-happy, burrito-slinging Mexican fast food chain. Some young people are so in love with the brand that they’re taking their senior pictures with their beloved restaurant’s food.

Powell High School student Nathaniel Smith is the latest to profess his admiration for Taco Bell, staging a full-fledged photo shoot there with some delicious grub.

“My friends and I LOVEEEE Taco Bell,” Smith told the Daily Dot via Twitter DM. “We would go regularly [two or three] times a week! We went on Christmas and did a gift exchange under the mini tree they had. We are just always there. Anyone who knows me knows how much I’m there. One time I offered to clean for them if they’d give me a hat. Best night ever, haha. I got a Taco Bell trucker hat and an apron!” 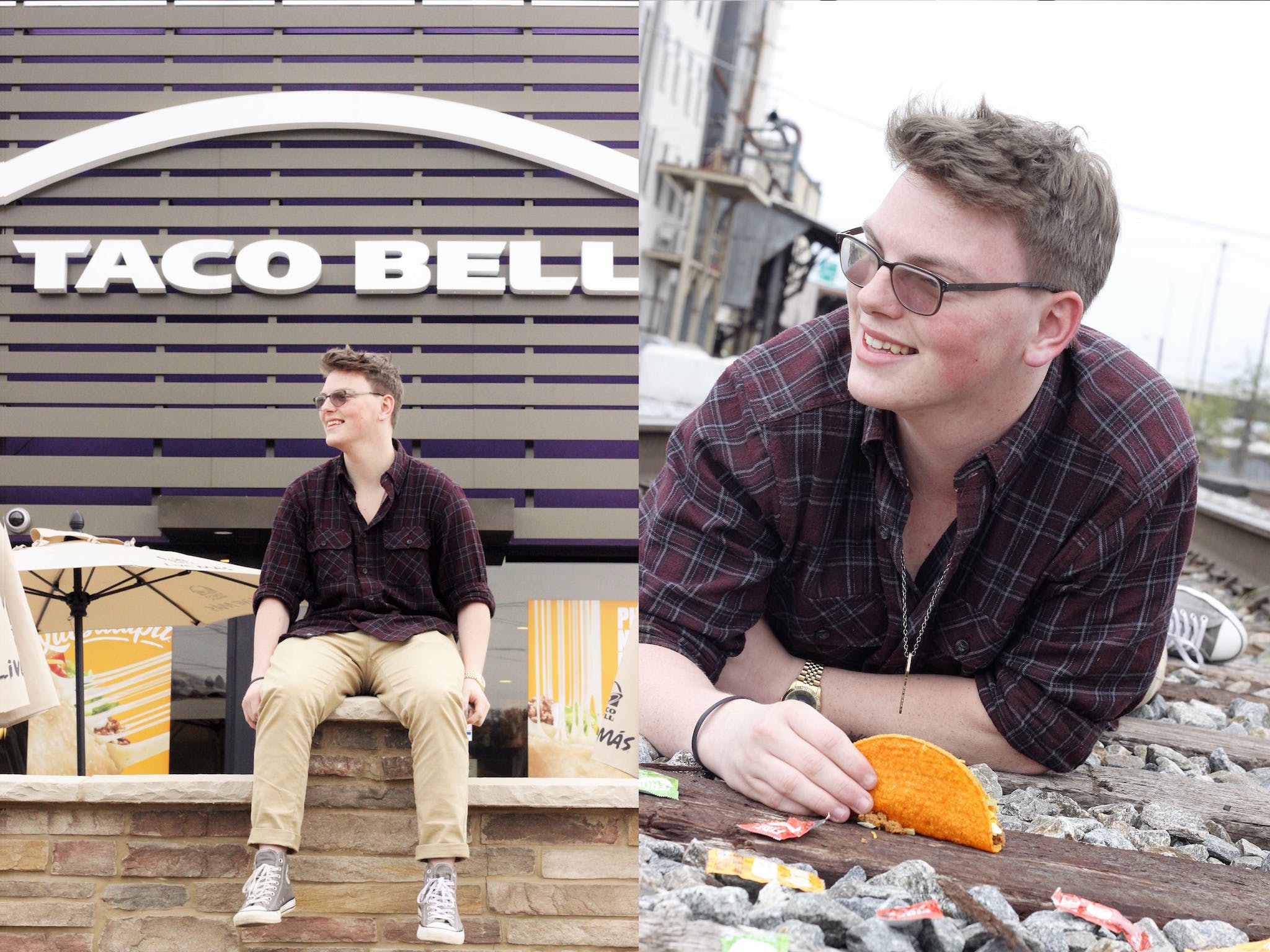 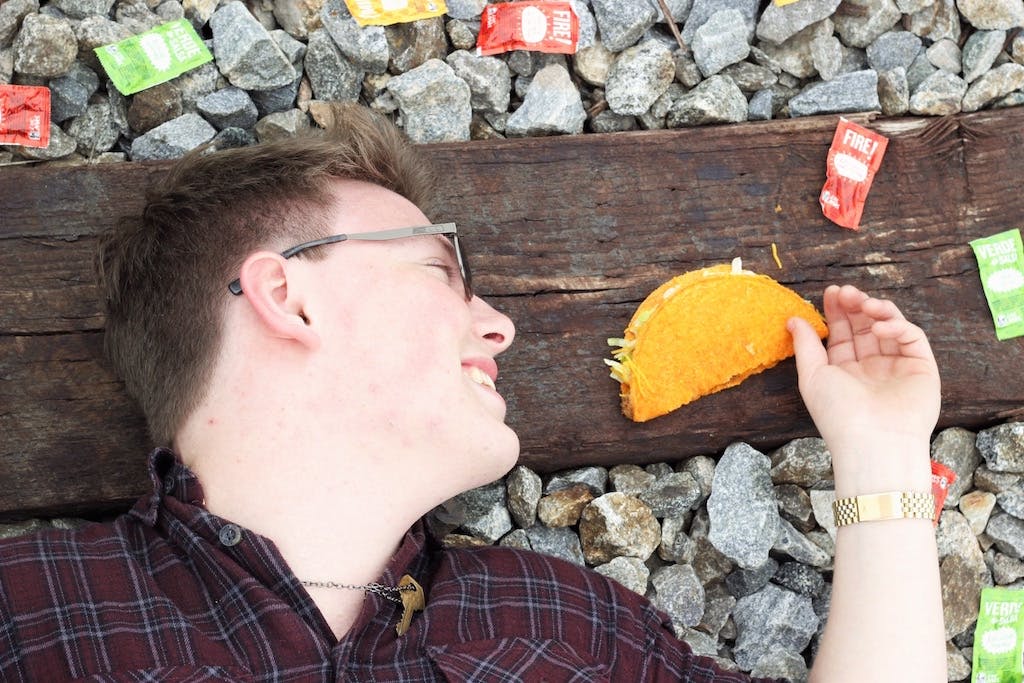 Cassidy Roberts, the photographer, is a close friend of Smith, who says she expected nothing less when he asked her to take his pictures at the fast food joint. He even posed for some photos around your typical senior portrait setting: train tracks.

Smith is such a huge Taco Bell fan that he once skipped school for the grand opening of a new location near his house. As for his favorite menu items, he sticks with the Crunch Wrap Supreme with no tomatoes, a soft taco, the Beefy Nacho Loaded Griller, and the Beef Quesarito.

He’s also not the first teen to stake out Taco Bell as a venue for some glamorous, celebratory senior portraits. Brittany Nicole Creech went viral in August 2015 with her own.

remember when I told you guys I was gonna get my senior pictures at taco bell and you thought I was joking pic.twitter.com/GiJK5mNZRf

Smith has already caught the attention of Reddit, where one of his friends posted the pictures to r/funny on Wednesday. They received more than 4,500 upvotes, and the top comment cleverly calls them Smith’s “señor pictures.”

There’s nothing more special than the love a teen has for Taco Bell, and thankfully Smith has captured it on film to cherish forever. Talk about living más.