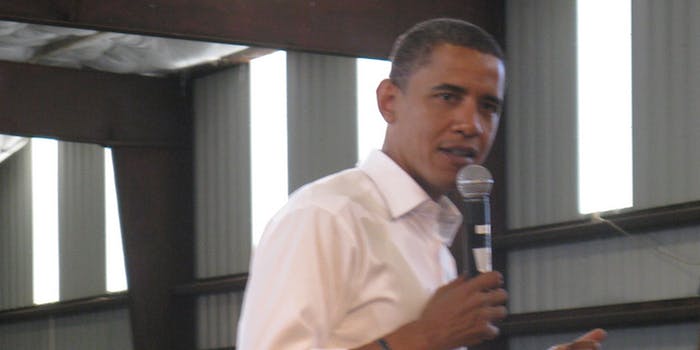 What happens to teens who threaten Obama’s life on Twitter

The president visited Mooresville Middle School, where the detainee is a student, earlier this month to meet with eighth graders about his plan to hook up nearly every American classroom to high-speed broadband and Wi-Fi over the next five years.

According to the Charlotte Observer, the boy tweeted that he’d shoot Obama if he spotted him on campus. He was charged with communicating threats. Police said the teen was held at a juvenile facility while Obama visited, and was later released.

Threatening the president is a felony, and this teen is far from the first to (allegedly) have done so online. A teen had her personal information made public and was investigated by the Secret Service after an alleged Twitter threat during the Democratic National Convention. One woman was fired over her Facebook threats. One man who admitted threatening Obama is scheduled to be sentenced this week. He faces up to 10 years in prison.