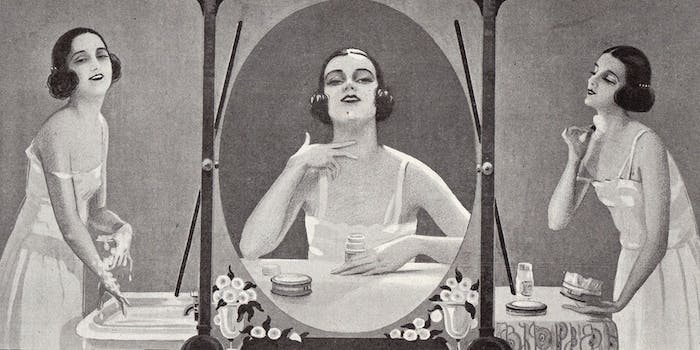 The future is coming, if you can afford it.

That’s the provocative question asked by Vice author Theo Jolliffe this Monday. Though Jolliffe pays lip service to the idea of digitizing the human mind as a means of agelessness, ala many a Marvel villain, the crux of his article centers around the premise of ceaselessly prolonging our natural lifespans through bioengineering technology. His subject, Aubrey de Grey, a Cambridge scientist and co-founder of the Strategies for Engineered Negligible Senescence (SENS) Research Foundation, is a leader in the race against death.

But there’s a bigger question left unsaid in Jolliffe’s glowing profile of de Grey and his predictions of a currently existing person who will live to 1000. Even if we could make a person immortal through technology someday soon, does it stand to reason that we should?

It should first be noted that de Grey is, to put it lightly, a highly polarizing figure within the field of aging research, also known as gerontology. In 2005, MIT Technology Review issued a $20,000 award to any molecular biologist with relevant experience who could argue that the underlying principles behind SENS (i.e., a seven-step strategy of using current and emerging technology to stop aging) were “so wrong that it was unworthy of learned debate.”

Even if we could make a person immortal through technology someday soon, does it stand to reason that we should?

Though none of the five submissions won the full amount, the submission by Preston W. Estep and his colleagues was judged to be the most eloquent and awarded half the prize. According to the judges’ reasoning, while it was true that SENS hadn’t been convincingly defended by de Grey and that many of his proposals were unproven, Estep hadn’t definitively disproven SENS as a whole.

Reading through Estep and his colleagues’ entry, though, it’s hard to conclude that de Grey’s entire SENS philosophy isn’t without some serious flaws. As Estep and his colleagues note, many of SENS’ sweeping proposals, such as reducing cancer rates by eliminating genes known to extend telomeres, a part of the chromosome thought to be involved in aging, are not only implausible for the foreseeable future, but outright contradict the best research available. For instance, in mice, shortening telomeres left them with severe defects and increased the rate of certain cancers.

Even if some of de Grey and SENS’ proposals are more in the realm of fantasy or science fiction, de Grey isn’t wrong to note that research efforts into how to prolong human longevity are quickly progressing, if not in gigantic leaps, then in incremental tiptoes.

Advances in Alzheimer’s research might soon provide the key to slowing the well-known mental decay that can come with age, and there are new pathways of cancer detection, treatment, and prevention in the pipeline (as well as those that already exist), ones that could enable us to better handle one of aging’s more common consequences. Bit by bit, we will lengthen our lives. The problem, if history teaches us anything, is that the definition of “we” will almost certainly be a narrow one.

Advances in Alzheimer’s research might soon provide the key to slowing the well-known mental decay that can come with age.

In a report released this Monday by the Urban Institute, the authors come to a fairly obvious but important conclusion: The greater the income and wealth someone has, the less likely they are to die prematurely. Across the board, it’s cold hard cash that greatly influences how healthy and long a life someone will lead.

In a stark comparison, the report notes that the life expectancy of those living in Fairfax County, Va., one of the state’s richest areas, are ages 82 and 85 for men and women respectively, while those for McDowell County, one of West Virginia’s poorest, are around 64 and 73 years. That’s the difference between Sweden and Iraq, the authors point out.

There are complex reasons for this disparity, but much of it is rooted in the lack of access to quality healthcare, with nearly one-quarter of those poorest not having a regular location to seek medical care in 2011, and a similar percentage who had not seen a dentist in five years.

There’s little reason to believe that this trend would change with the advent of anti-aging drugs and therapies. Those given first dibs to the exorbitant patented technologies that can repair precancerous DNA or restore organs anew with stem cells will overwhelmingly be the few who can afford it. And the hope that these therapies will be covered under insurance is about as much a fantasy as de Grey’s 1000-year-old human.

If health care access was a sold-out Yankees game, age extension might very well become the equivalent of season-long luxury box seats, complete with genetic cleanses and dementia detoxes. The wealth gap between the poor and the rich, already widening as we speak, could become an age gap, too.

And as Nicholas Agar of Slate points out, we’ll hardly have to wait until (near) immortality’s within our grasp for poorer people to be thrown onto the sacrificial pyre. The technological advances that extend our lives won’t come ready-made, they’ll involve lots of risky, ethically murky human experimentation beforehand. “Why would [the rich] sign up for dangerous clinical trials for anti-aging therapies when there’s another option—paying others to do their dirty work?” Agar asks. “I suspect, then, that human guinea pigs for anti-aging trials will come disproportionately from the poor and disempowered.”

That’s a possibility steeped in a sordid history of medical research relying on undesirables to further knowledge, from the 1932 Tuskegee experiment that left black syphilis sufferers untreated in order to study the disease’s natural progression to experimental drugs given to unknowing children in Nigeria during a 1996 meningitis epidemic.

There are ostensibly rigorous standards in place to prevent such abuses today, but longevity isn’t the only place where money speaks loudest, a fact that many environmentalists know well, as regulations routinely get stretched, ignored or torn down by lobbyists in the ear of sympathetic lawmakers. Who’s to say an anti-aging lobby won’t someday come knocking on the doors of Washington pleading to ease down those pesky ethical rules? Why stand in the way of progress, right?

None of these possibilities are reasons to stop research into life-extension altogether, but it is reason to proceed with caution. The people at the forefront of the anti-aging movement today, de Grey included, are all plainly earnest about their passion for the betterment of all humankind, not simply those who can pay the most for it. And the discoveries that stave off cancer, diabetes and Alzheimer’s will surely provide relief to millions, if not billions, of people when they arrive, both in our lifetimes and in the future. But this is only as long as we do our best to ensure that everyone, rich and poor, has the right to human prosperity.

The idea of ever-lasting life has tantalized people throughout history, from the Philosopher’s Stone in medieval times to the mystical drink Soma in Hinduism. Should we ever reach our own version of immortality, I hope that the price we pay isn’t our morality and compassion for others.

Photo via JamesGardinerCollection/Flickr (CC BY SA 2.0)