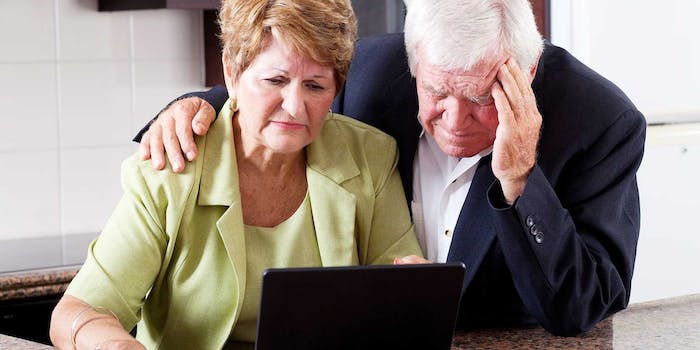 Is it ever OK to send kinky pictures of your son’s wife to his mother?

Help, Tangled Web: My dad found kinky pictures of my wife online... and sent them to my whole family.

I am happily married to a wife with a, shall we say, “colorful” past—a past that was, unfortunately, recorded and posted for digital posterity. I knew about the material and she and I had worked through the emotional issues involved. Recently, however, my father began researching her on the Internet, found some old images, and sent them around to my family. It was out of paranoia/confusion/paralysis rather than hostility, but still. Is it ever okay to send kinky pictures of your son’s wife to his mother?

Questions like this are a bit of a mixed blessing for an advice columnist. On the one hand, one wants to be presented with quandaries that will interest the reader, and this is that, with bells on. On the other hand, I’m meant to write several paragraphs on each of these questions, not just go, “NOPE NEVER OK BYE.”

There is something inherently troubling about a breach of boundaries on this level, though, and that makes me concerned about your father. Often, when parents and children have differences of opinion about internet behavior, you can put it down to familiarity—younger people have just spent a greater proportion of their lives online, and have more experience with the medium. But your father’s Internet-fu is just fine—he managed to find the photos and email them out. The problem is that he emailed them to your whole family. Which means he confronted the question you just posed me, i.e. “Is it ever okay to send kinky photos of your son’s wife to his mother,” and inexplicably came up with the answer, “Yes.” “I’m old and I don’t know how to Internet” is not an excuse here. 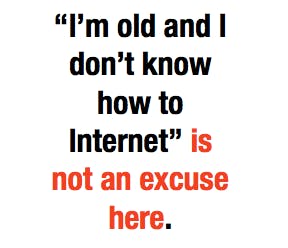 You say that he sent around your wife’s photos out of confusion and paranoia. How confused and how paranoid are we talking about? Was it also paranoia that drove him to research her? If so, did he feel that the photos he found confirmed whatever he was worried about? Is it in character for him to worry about people this way, or to react in ways that are so clearly a violation?

I’m not trying to lead here, since I genuinely don’t know the answers to any of these questions. It could easily just be that your dad has an effed-up sense of personal boundaries and always has—you would know better than I. But if it’s out of character, it’s far enough over the line that it strikes me as a red flag.

As for the future: getting stuff off the Internet is really, really, really hard, as your wife probably already knows. If the presence of these photos is now making her feel unsafe, it is sometimes possible to get such things removed via a combination of DMCA notices and bloody-minded persistence. But it’s at least a start for her to beef up her own online presence (registering her name as a domain would be a good start) so those search results get pushed into obscurity.