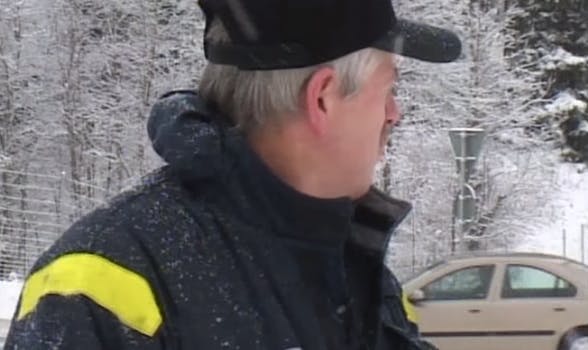 Guess what happens in this news segment about a dangerous road

This is mere seconds before the accident.

I don’t speak Swedish, but I have a pretty good idea what happened in this jarring news segment.

A local fireman (or some other public official) is being interviewed in front of an dangerous roundabout on an icy winter afternoon. As if on cue, a car illustrates the dangers of the road, crashing through the helpless guardrail.

Thankfully, the driver quickly emerges unharmed, and the overall response time and effort leaves a lot for us to aspire to locally.

Based on a Google translation of the YouTube description, the footage is actually from a 2002 segment shot in Korkom, a rural county with only 2,300 residents.

Here’s hoping that some changes have been made in the last decade.