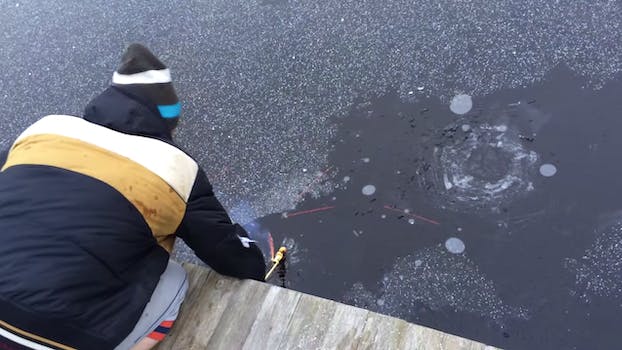 This is what happens when you fish with fireworks

It does get the job done.

Ice fishing requires patience and resistance to the cold, and those of us holed up under blankets during the winter season can’t imagine why anyone would want to do that. For one man in Sweden, however, ice fishing was a much shorter process thanks to a little help from some fireworks.

We have to wonder where he got the idea to launch a firework under a sheet of ice, but it’s both stupid and brilliant. If you’ve got leftover fireworks from New Year’s, it’s also an efficient way to get rid of them. And assuming it yields fish, it’s a lot more productive than sticking a hook and bait down into the water and sitting there for hours on end.