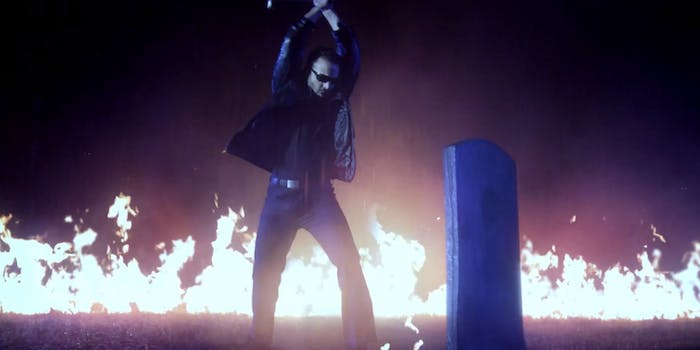 Most of the U.S. didn’t even see one of the best commercials of the Super Bowl.

This two-minute commercial from Savannah, Ga.-based lawyer Jamie Casino not only put most of the ads that aired last night to shame but also all of those cheesy lawyer ads we’ve seen over the years.

Airing during the first local commercial break of the game, it’s an origin story fit for a superhero—one that comes complete with a tragic backstory. Once a criminal defense lawyer, Casino changed his ways after his younger brother was murdered in September 2012.

It’s filled with the right amount of angst and iMovie special effects. At one point, Casino smashes a tombstone with a sledgehammer in the rain while in a ring of fire.

Is it obnoxious? Of course. But it works.

And as long as he doesn’t come into a moral crisis à la Harvey Dent, Savannah may still have someone on its side.