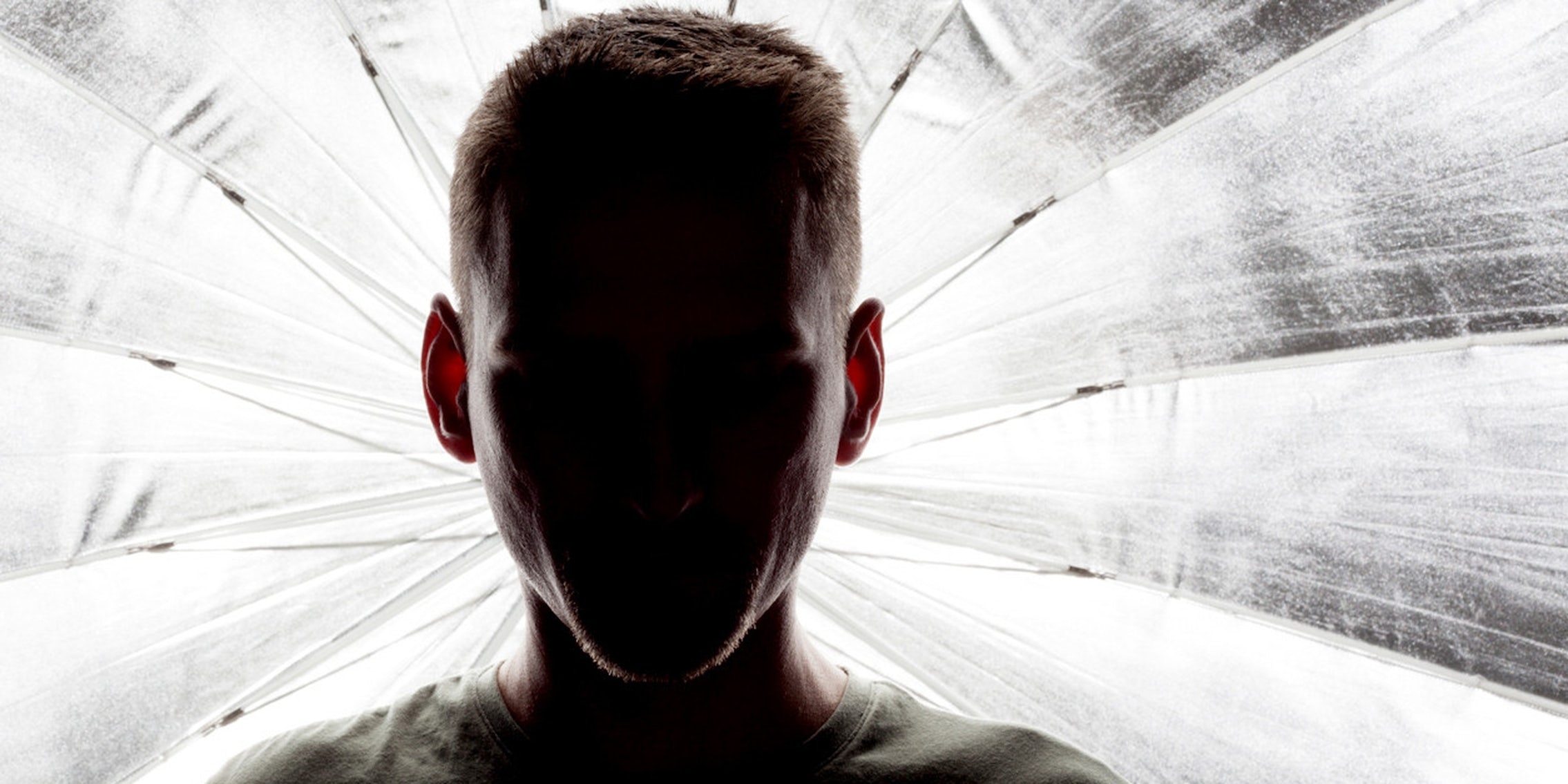 White Nationalists get lonely, too.

Dating is hard. It takes a lot to put yourself out there and make yourself vulnerable, and you need positive vibes to attract a potential life-long partner. But what if you’re a white supremacist?

Believe it or not, it’s actually pretty difficult to find a suitable mate with pure Aryan blood—if that’s the kind of thing you’re into.

Thankfully for members of the self-appointed superior race, Stormfront offers a dating advice forum for the White Nationalist looking to score in the singles scene.

It’s all your normal dating woes, placed over the backdrop of extreme racism.

Established in 1995, Stormfront is the first White Nationalist Web community, according to the Southern Poverty Law Center, which lists it as an official hate group. Established by former Alabama klansman Don Black, the group boasts 300,000 members registered on its Web forum, although SPLC notes that only a small fraction of that number are still active on the site.

The dating section, however, remains quite busy.

What does your average White Nationalist look for in a partner? What’s wrong with girls who think these men are racist? Exactly who controls the media? The Stormfront dating forum acts as a place for White Nationalists to vent their frustration with the white singles scene and offer each other support in times of heartbreak and anguish; it’s all your normal dating woes, placed over the backdrop of extreme racism. 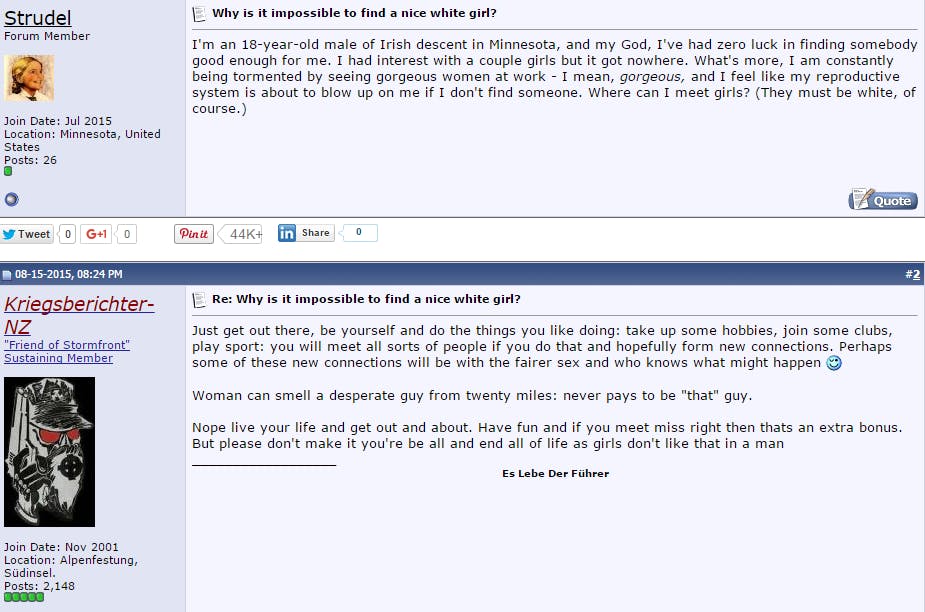 BrandonB, however, likes the simple things—like love and survival. “Deep and Profound Love,” he wrote before adding: “The white race will suffer because we seem to have the highest standards of all. Non-whites don’t care who they reproduce with and they do as frequent as they can. In the game of survival of the fittest, only way non whites have a chance is by out breeding us.”

“Yet, a lot of the women I’ve met lately have not been very pro-white in the least bit.”

Maybe BrandonB is right, and white supremacists are way too picky, as demonstrated by neitmcnamara:

On a recent date, neitmcnamara said he met a woman who couldn’t fathom racism in 2015. “I have yet to come across someone who can genuinely defend their hatred of the black race,” she allegedly said. “I tried to explain to her that ‘racism’ isn’t always about ‘hatred,’” he added. “I just don’t know if I have the patience to forward [sic] with this, or invest myself in a potential relationship.”

“I feel your pain brother,” replied JustAnotherWhiteBoy. “At this point I am sad to say that I have pretty much given up on finding a woman / partner / wife just because of all the things you said.”

JustAnotherWhiteBoy’s defeatism wouldn’t gel with some of the forum’s other members. In a thread titled “Being dominant,” sanduleak laid out exactly what White Nationalist women want—even if it’s subconscious:

“Sex is the outward communication of acceptance of the other’s genetic fitness and possible child bearing of his genes.”

“White women expect [dominance] from us and have HIGH subconscious barriers to let only an alpha white male through,” he wrote. “Sex is the outward communication of acceptance of the other’s genetic fitness and possible child bearing of his genes. This because white men were always aggressive in a good kind of way.”

Be a viking and take what you want, sanduleak advised. White people “didn’t become the dominant race of the planet by being nice.” (But we have a feeling many of them found dates for precisely that reason.)

“While I find dominance admirable, it personally makes me nervous,” replied clovergirl. “I would choose likely comfort over uncertainty any chance that I get.”

Yes, it’s hard out there for a White Nationalist on the dating scene, so hard that one member, fallenEmpire, is already thinking of abandoning his core racist principles.

“I would rather date people outside of the racialist cause,” he said, “because I have had far better luck.”