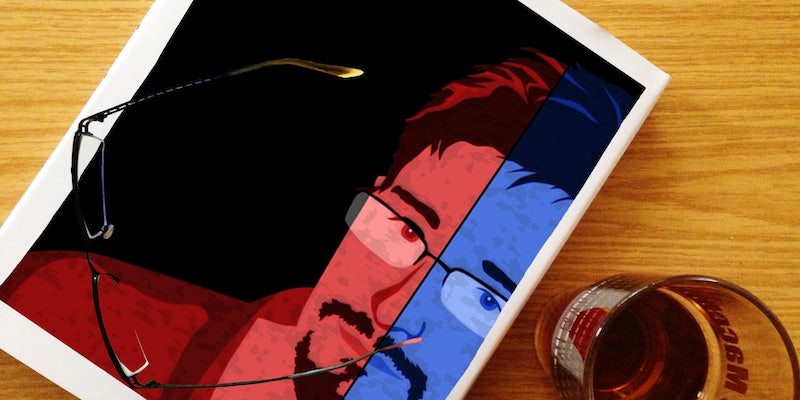 WikiLeaks has called for a boycott of The Snowden Files: The Inside Story Of The World's Most Wanted Man.

A controversial new book about Edward Snowden has sparked a rift between the former National Security Agency contractor’s earliest allies.

Back in June, when Snowden first fled the U.S. with a cache of countless classified NSA training documents, Snowden could probably count his most helpful friends on three fingers. WikiLeaks dispatched advisor Sarah Harrison to join him in person and guide him to asylum. Glenn Greenwald, whom Snowden admired as a journalist with impeccable integrity, flew to Hong Kong to meet and interview him. And the Guardian newspaper, where Greenwald worked at the time, agreed to publish the first of many stories based on his documents.

But things have changed substantially in recent months.

The book in question, The Snowden Files: The Inside Story Of The World’s Most Wanted Man by Guardian reporter Luke Harding, was published in the U.K. Monday by the Guardian’s books imprint. One excerpt, released Friday at the Guardian‘s website, details how the U.S. government allegedly tried to pressure the paper into delaying its publications of Snowden’s files. Another, published Monday, calls Snowden’s lawyer, Anatoly Kucherena, “a Kremlin loyalist.”

That was too much for WikiLeaks, which called it an attempt to “undermine Snowden’s character.” (Snowden, for his part, no longer has any access to his documents, Greenwald has indicated.)

WikiLeaks’s anger with the Guardian in general, and Harding in particular, isn’t new. In 2011, Harding wrote a book titled WikiLeaks: Inside Julian Assange’s War on Secrecy, also published by Guardian Books, which would later prove the inspiration for the 2013 movie The Fifth Estate, starring Benedict Cumberbatch as the WikiLeaks founder. Moreover, in recent months, the whistleblowing organization has accused the Guardian of using Snowden for a scoop and then leaving him out to dry as he sought asylum from foreign governments. It tweeted that sentiment again Monday.

Guardian, who abandoned #Snowden in Hong Kong, is giving #Snowden‘s defense 0% of the proceeds from their cash-in book. Boycott it.

Greenwald, who left the Guardian in October, had nothing but good things to say about the paper at the time. But he echoed WikiLeaks’s criticism Monday, questioning Harding’s qualifications in light of the fact that he’d never met Snowden.