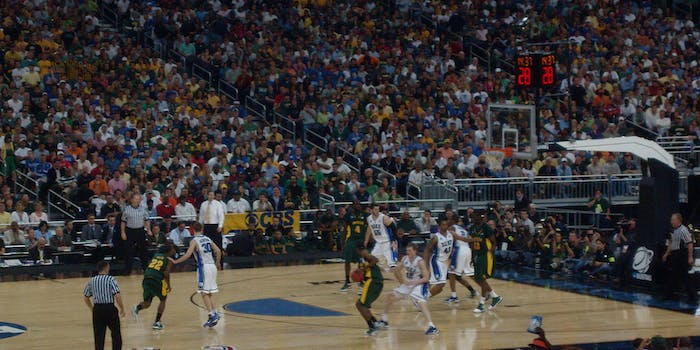 He won, and then he lost.

However, since the genius 12-year-old is not at least 18, and only entered the contest using his father’s email address, ESPN is unable to include him in the lottery for a chance to win the $20, 000 and a trip to Maui.

“I feel pretty bad about it,” Holtz told CNBC. “I beat everyone that was older than me. Since I did that I think I should get the prize somebody older than me is getting.”

He may not be eligible to win the prize money or take the tropical vacation but his mother did allow him to stay home from school Tuesday.

“He wanted to go to school today, but I kept him home because ESPN said they planned to call this morning,” she told the Daily News. “He wants to go this afternoon, but I told him if Jimmy Kimmel calls, he’s going to have to miss that too.”

If nothing else, he has got to be the coolest sixth-grader on campus.