A sincere guide to Tumblr slang

To get the parody, you have to understand the original first.

The Daily Dot cracked up last week after reading A Helpful Guide to Tumblr Slang by our friends at Slacktory. The article was neither helpful nor a guide—all the definitions were fake. But when we shared the story around, our less Tumblr-savvy friends were confused.

And so, in the tradition of our Reddit lexicon, we devised a true guide to Tumblrspeak. Here are 18 of Tumblr’s most pervasive terms, defined.

;alksjdf;lksfd: An expression of pure excitement. The implication here is that the Tumblr user is so bowled over by an event that he or she can’t even form words.

4chumbler: A term that refers to the assumed romantic relationship between personified versions of Tumblr and 4Chan (yes, really). Usually depicted through fan art, Tumblr is a female hipster and 4chan is a faceless green man in a business suit. 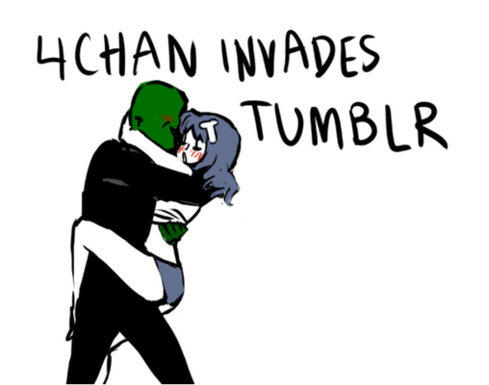 BAMF: Pardon our language, but this term stands for badass motherf*cker, though Tumblr users more frequently use the term sarcastically.

Creamsicle: This refers to an assumed romantic relationship between “other girls” and “real girls,” two caricatures designed to parody the difference between girls that use Tumblr and Facebook. While the image appears to make “real girls” who use Tumblr seem better than “other girls” who use Facebook, Tumblr users turned the conceit on its head by making an image meant to parody girls pitted against each other into an expression of lesbian love. 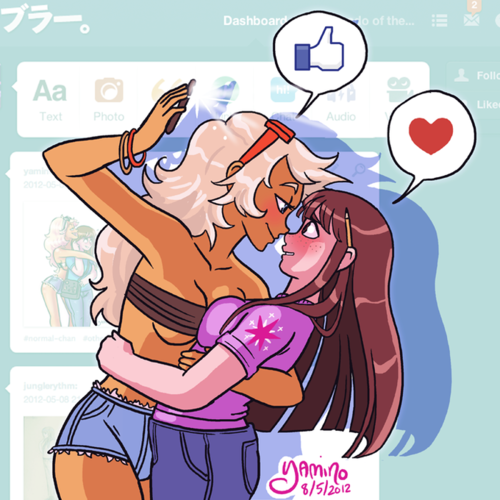 GPOY: Short for Gratuitous Picture of Yourself, but its meaning has extended far beyond actual photos of the user. This term often coincides with a photo or GIF of anything that relates to his or her current mood. Even a cartoon might be used if it fits with the user’s opinions or feelings. 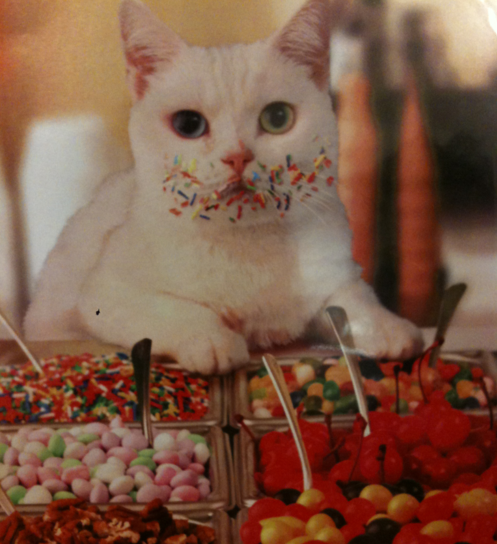 hnnng: The term used when a user encounters something or someone he or she finds very, very desirable.

Homestuck: The fourth and most popular webcomic posted on a site called MS Paint Adventures. The story follows the adventures of dozens of teenage humans and trolls in an interactive and sometimes Flash-animated format. The comic, which can update up to 10 times a day, has amassed an enormous fan following in its two years of existence.

I can’t even: Similar to ;alksjdf;lksfd, this is an expression that denotes so many emotional responses to news, the user can’t process it. Variations include “I can’t” and “I just can’t.” 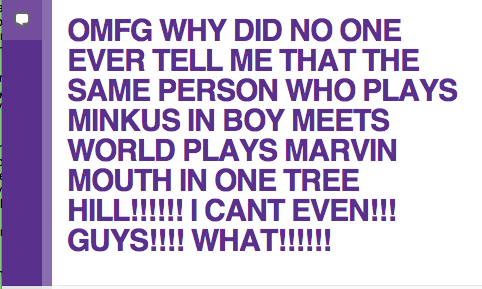 I’m dying: This can be short for “I’m dying of laughter.” But, just like I can’t even, the expression could fit any strong emotional response.

I know that feel: Based on an Eastern European image macro that depicts a poorly drawn man relating to different events, it’s a mistranslation of “I understand that feeling.” This and other mistranslations (“all the feels,” or just “that feel”) refer to understanding emotions. Here’s one example.

Life ruiner: A term used for celebrities and other idolized objects of fan affection. The idea is that the more fans learn about the idol, the more perfect they become in their eyes and the more down they feel about not being able to pursue a relationship with him or her. 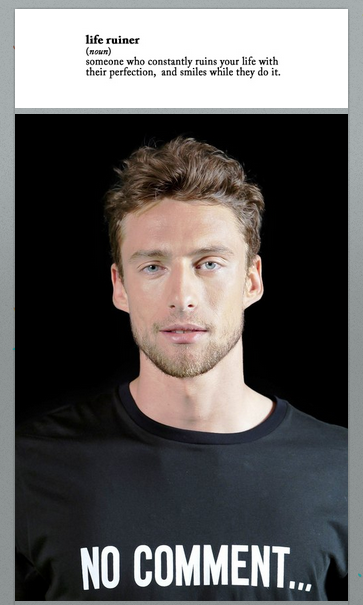 Missing E: A helpful but controversial Tumblr plugin. On the plus side, the plugin provides features Tumblr is lacking. On the negative, Tumblr refuses to provide technical support to users who install the plugin and claims officially that the plugin is dangerous.

OTP: One True Pairing. Commonly refers to the user’s favorite romantic combination of characters in a fandom. For example, one user’s OTP might be Ariel and Prince Eric in The Little Mermaid, while another might prefer Prince Eric and Ursula.

Pro-ana: Short for the promotion of eating disorders like anorexia nervosa. A pro-ana Tumblr user might post pictures of dangerously thin people and promote them as the ideal. Tumblr banned such blogs earlier this year, but they still pop up occasionally.

ship: Short for “relationship.” May refer to a user’s OTP or just a romantic pairing in general.

SMH: “Shaking My Head,” a term used in disapproval.

Tumblarity: A since-retired Tumblr feature that depicted user follower counts, post numbers, top likes, and reblogs. It caused critics to say Tumblr had become “a popularity contest.” Today, all these statistics are invisible to followers except numbers of likes and reblogs.

What is air?: Like ;alksjdf;lksfd, I’m dying, and I can’t even, this can refer to a user laughing so hard that he or she can’t even breathe.