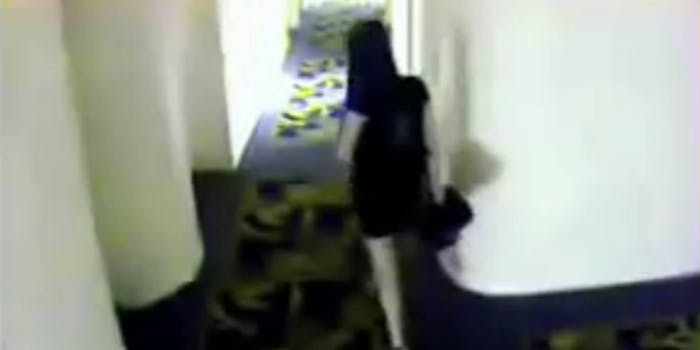 In China, the undercover sex tape has become the muckraker's weapon of choice.

Five members of Shanghai’s highest court are facing investigation after an anonymous blogger posted a video showing their alleged exploits with prostitutes in a glitzy Chinese hotel. It’s yet another in a series of high-profile sex scandals involving powerful officials and surfaced by vigilante netizens, who rely on the Web to skirt the limits of official media to expose corruption and bad behavior among China’s usually untouchable elite.

More than 4.2 million people have viewed the video—a montage of shots from a half-dozen security cameras at the hotel— since it was uploaded Saturday. The muckraker in this case is no ordinary citizen journalist. He’s a rich local who’s been nursing a grudge against the Shanghai People’s High Court for months, alleging that it forced him to sell off a $7 million home on Shanghai’s “best street,” according to China Smack.

The video falls well short of salacious. But it does show the five men, including Civil Tribunal Presiding Judge Chen Xueming and Deputy Presiding Judge Zhao Minghua, leaving an expensive karaoke room at the hotel “hand-in-hand” with five women, whom the blogger suggests are escorts employed by the hotel.

Later that evening, the men return to their hotel rooms—followed an hour later by the women, who each arrive a few minutes apart. “We can’t be seen entering together,” they must have been thinking, blissfully unaware that security cameras were recording their every move.

Once that footage was uploaded to YouKu, China’s version of YouTube, the Chinese public reacted with predictable outrage, propelling it to the site’s front page and forcing mainstream media to take note of the debacle.

“Human scum!,” read one comment translated by China Smack. “Should all be shot! Would these people take care of the ordinary people’s interests?”

One particularly entertaining twist in this whole affair: In the past, the hotel has advertised itself as an official destination for government employees, implying its prostitution services are simply ingrained part of China’s government culture.

In addition to violating Communist Party rules, the judges probably also broke the law: Prostitution is widespread in China, but it’s still illegal. The court says it’s investigating the case.

Beneath the Chinese public’s often placid surface there’s a simmering resentment against the country’s powerful elite, who are often perceived to operate outside the law. But exposing bribes and favoritism is a lot harder than filming officials sleeping around with mistresses. So the undercover sex tape has become the muckraker’s weapon of choice. One case in the southwestern megacity of Chongqing last year has so far brought down 21 officials, including the video’s star—57-year-old Lei Zhengfu, shown sleeping with an 18-year-old woman hired by a real estate developer as part of a plan to extort him.