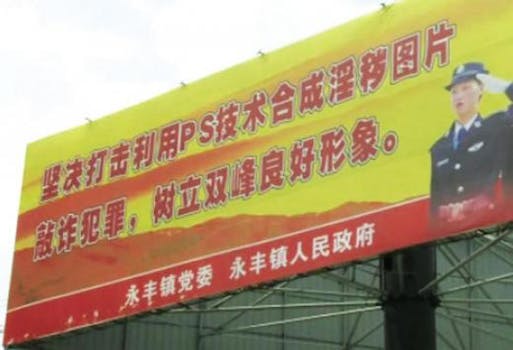 These raunchy Photoshops are so realistic that blackmailers have been passing them off as real naked photos of government officials.

A plague is striking Chinese officials in the southeastern county of Shuangfeng. One by one their photographs are being nabbed from government websites, their faces cut out and then pasted into pornographic movie stills—explicit Photoshop mashups that would surely horrify the morality of any good Communist.

The Chinese Photoshop masters share the photographs with their victims, along with a threat: pay up, or we’ll post these all over the Internet.

“To create a good image of Shuangfeng, decisively crack down on the crime of exploiting Photoshop technology to blackmail people with composite images.” 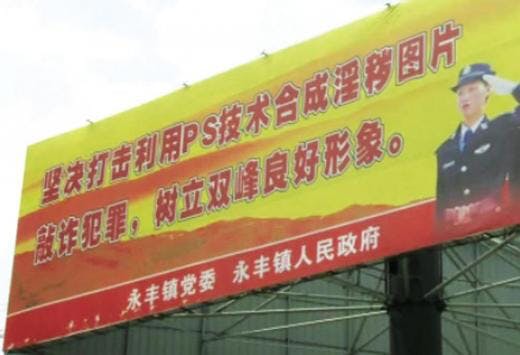 To be fair, authorities have tried more direct methods. Last year alone, after 127 of the cases were reported, Shuangfeng police went gangbusters. They busted more than 37 people, and confiscated dozens of computers and hundreds of credit cards. All told, police estimate the Photoshop extortion racket—which involved four separate gangs—pulled in nearly $7 million before the arrests.

You gotta feel bad for these guys. The Internet sure has complicated political life in China. Being a member of a giant autocratic apparatus just isn’t as easy as it used to be.