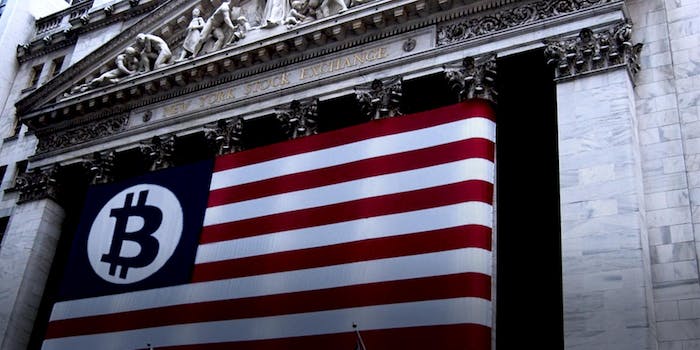 Reports of Bitcoin’s demise, it would seem, have been greatly exaggerated.

Reports of Bitcoin’s demise, it would seem, have been greatly exaggerated. Amid accusations of gross incompetence and the theft of an absurd figure, one of the world’s largest exchanges was sundered this week. For the most part, however, Bitcoin was able to recover its market cap, even though some in the media remained hysterical, prophesying the end of times for the cryptocurrency.

Mere hours after the Japan-based Mt. Gox seemingly vanished from the Internet, a new exchange was unexpectedly announced. SecondMarket, an alternative online marketplace currently operating the world’s largest Bitcoin investment vehicle, declared its intention to introduce a fully regulated Bitcoin trading hub. The decision to announce, according to founder and CEO Barry Silbert, was directly influenced by the turmoil surrounding Mt. Gox.

Mt. Gox officially went offline Monday evening following the release of a purported internal document titled “Crisis Strategy Draft.” The report claimed that 744,408 bitcoins (roughly $383 million based on the price at the time) was missing due to a “malleability-related theft which went unnoticed for several years.” CEO Mark Karpeles later confirmed to a FOX Business reporter that the document was “more or less” legitimate—a draft of proposals that required attention—but denied it was produced by Mt. Gox itself.

The price of Bitcoin fluctuated Tuesday between the news of Mt. Gox’s demise and SecondMarket’s later announcement, dropping as low as $420/BTC in the morning, then rebounding as high as $540/BTC late in the afternoon, as reported by BitcoinAverage.

According to Silbert, the formation of SecondMarket’s new exchange is tentative, awaiting final approval at the company’s upcoming board meeting next week. However, he informed the press that his company would inject $20 million in cash and bitcoin assets to get the new project off the ground. A number of hurdles have already been cleared, Silbert indicated, which would also allow for investments from SecondMarket’s additional founding members.

When and if Silbert’s new company launches, it will fundamentally change the way virtual currency trading is presently conducted. SecondMarket envisions a “hub and spoke” arrangement, with its new company serving as a exchange through which certified members could trade with one another. Silbert compared the model to London’s Intercontinental Exchange (ICE) commodities market.

The new company will reportedly be governed by regulators and major banks, will provide clearing services, and include a self-regulatory organization, similar to the Financial Industry Regulatory Authority (FINRA). SecondMarket will also provide asset management through their exchange-traded fund-esque investment vehicle, Bitcoin Investment Trust.

“If you want to buy and sell bitcoin you have to go through one of the members, and the members are all going to be regulated businesses. They’ll be banks, they’ll be MSBs, they’ll be bitcoin companies, they’ll be broker dealers,” Silbert told CoinDesk, suggesting the setup would be analogous to the New York Stock Exchange (NYSE).

One of the regulators to oversee the proposed exchange is Ben Lawsky, superintendent of the New York State Department of Financial Services. In January, Lawsky’s agency held public hearings over digital currencies, where protections against money-laundering and the necessity of ?Know Your Customer” regulations were discussed.

“Right now, the regulation of virtual currency industry is akin to a virtual Wild West,” Lawsky told those present. “That lack of regulation, however, is simply is not tenable for the long term.”

If Gmail were to shutter its doors, we wouldn’t say that email was doomed.

Multinational financial corporations helping shape Bitcoin’s evolution is a contentious prospect for many bitcoiners who spent years investing in the digital currency. To some, forsaking the anarcho-capitalist spirit that spawned Bitcoin feels apocryphal. But, to those who anticipate future calamity after the downfall of Mt. Gox, sacrificing Bitcoin’s decentralized nature in exchange for assurance and framework is a necessary, if not unavoidable evil.

“There should be a meme for this,” one redditor commented on the changing landscape. “Bitcoiner touts benefits of anonymous decentralized currency…. Demands more transparency and audits!”

“As if Gox is Bitcoin,” Daniel Stuckey, a reporter who’s been on the virtual currency beat since 2012, told the Daily Dot. “‘Bitcoin bites the dust’ is just an indication of people not knowing what they’re talking about, or dramatizing Gox’s demise. It was certainly a long-lasting enterprise, and highly trusted, but it’s just another financial service amongst a deluge of others.

“Bitcoin has survived similar, and stronger magnitudes of disruption, and quickly, as an outcome, there are fresh batches of winners and losers.”

Image by Poco a poco (Remix by Dell Cameron)