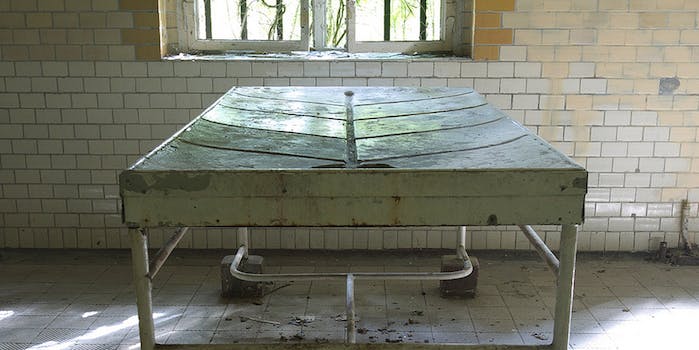 The reports may be in on Sandra Bland’s autopsy, but that doesn’t mean that the case is closed.

On Thursday, Bland’s mysterious death was officially ruled a suicide. “There were no bite marks or other injuries on her face, on her lips, [or] on her tongue, which would be consistent with a violent struggle,” said Warren Diepraam, a Waller County, Texas prosecutor.

Preliminary autopsy results have also revealed that there was no severe damage to Bland’s trachea or esophagus, which should—in theory—exist if there had been some kind of struggle.

Bland’s autopsy report is already being called into question, and many inconsistencies in the official account remain unexplained. But the biggest problem with Bland’s autopsy report is that it was commissioned within a system that has already demonstrated strong racial bias. Without an independent analysis of the facts, the details of Bland’s death will always remain suspect.

Right now, there are too many suspicious details floating around to take Bland’s autopsy report at face value. For instance, although the 30 cuts on her arm (which were in the process of healing) have been used to back up the theory that she committed suicide, she also had marks on her wrist, which suggest that she struggled after being handcuffed. In addition, there are unidentified scabs on her back and shoulder blade that are almost certainly the result of some kind of force.

Even Diepraam himself isn’t entirely sure that everything was above board. “I feel comfortable that their findings are correct, but there’s still a lot of information out there so we’re not forming any conclusions at this point,” he said, concluding that “nothing is certain.”

Of course, as if the physical aspects of Sandra Bland’s death weren’t strange enough, there are also plenty of other mysteries surrounding the incident. Guards in the Waller County jail violated policies by neglecting scheduled checks on inmates.

The biggest problem with Bland’s autopsy report is that it was commissioned by a system which has already been proven to show racial bias.

On a handwritten form that was filled out after her arrest, Bland answered questions that attest to her being depressed following a 2014 miscarriage. When asked if she had faced depression or tried to commit suicide, she marked “Yes” in the boxes next to those questions. However, a separate survey Bland filled out on a computer indicates exactly the opposite conclusion about her mental health. On that form, Sandra Bland said that she hadn’t been depressed or suicidal. The contrast between the two forms is extremely puzzling.

There are also unexplained time gaps in the footage of her cell that illustrate the same inconsistencies as those in her arrest video. And let’s not forget the shady legality of and disturbing details the dash-cam footage of the arrest itself. In that video, state trooper Brian Encina told Bland that he would “light her up” before drawing his stun gun and dragging her from her vehicle. A video shot by a bystander shows Encina then holding Bland to the ground.

Speculation on social media over the other peculiarities of Bland’s death is steadily building. Twitter users have proposed theories about the inconsistencies in her booking documents, the specifics of how she hung herself, and the anomalies of her mugshot. The most disturbing and extreme conclusion to which some observers jumped is that Bland was dead at the time her mugshot photo was taken.

When you take all of this into account, it’s no surprise that Bland’s family has asked for an independent autopsy in the hopes of getting answers from a neutral organization. Family members say that the story of her supposed suicide doesn’t make sense, that she was excited to start her new job at Prairie View A&M, and that her sister was set to pay the $500 bail necessary to get her out of jail.

Bland’s family deserves that second autopsy report, but what they really deserved was an independent analysis of her death to begin with. Waller County had a vested interest in making sure that Bland’s death was not ruled a homicide, which means that we immediately have to take all of its findings with a grain of salt. It all goes back to the fundamental flaw with police-brutality investigations—every part of the machine is so invested in corroborating the official story that it becomes hard to get a straight answer from anyone.

For example, take America’s grand jury system. Prosecutors have an established relationship with cops that benefits them in the courtroom. They trust cops to help make their cases and, thus, are naturally going to be more lenient when it comes to prosecuting those very cops. This is why many people have suggested appointing special prosecutors in police-brutality cases. When alliances and friendships get in the way, you can’t rely on those inside the system to impartially seek justice.

The most disturbing and extreme conclusion some have jumped to actually proposes that Bland was dead at the time her mugshot photo was taken.

Coroners are no different than prosecutors when it comes to these matters. They also have relationships with police departments and are thus likely to bring their own biases into examining evidence in police-brutality cases. Once again, impartiality goes out the window when people who rely on each other to do their jobs are asked to investigate each other. When that community happens to be Waller County—which is plagued by endemic racism—individual judgment will automatically even more suspect.

As Nicole Flatow at ThinkProgress notes, “the justice system protects police officers in fundamentally distinct ways—both in law and in policy—meaning that even if the police were in the wrong, they are particularly unlikely to be held accountable for their actions.” If Sandra Bland’s case has taught us anything, it’s that autopsy reports are part of this system, too. Moreover, we must remember that racial bias is not something that affects just one arm of the justice system—it affects, and infects, every limb.

The Federal Bureau of Investigation looking into Sandra Bland’s case, but the homicide investigation into her death is going to hit a speed bump after the release of this week’s autopsy, and that’s a shame.

No matter what happened to Sandra Bland in that cell, it’s impossible to deny that she was subject to a certain level of injustice. Even if she did commit suicide, that act was likely compounded by the abuse she faced and the fear that that abuse created. While we may never really know what happened to Sandra Bland, what we need to learn from her death is that a flawed report from a rotten department will never provide sufficient closure. Outside investigations are necessities in cases like this if we ever expect to get real answers.

Photo via davidrush/Flickr (CC BY ND-2.0)