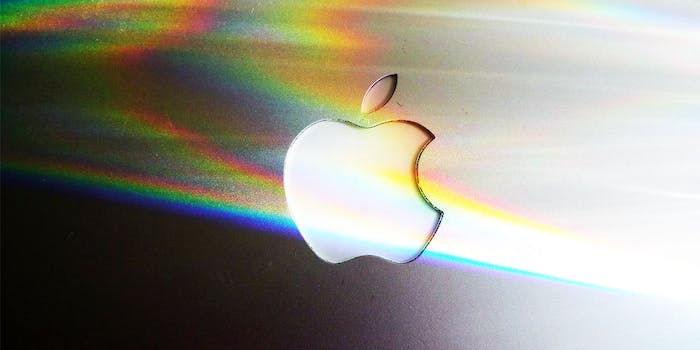 'I have a steady boyfriend and I don’t know how to explain it to my parents.'

A Russian man is suing Apple over a message sent to his iPhone that he says turned him gay, the Moscow Times reports.

The lawsuit’s plaintiff, identified as D. Razumilov, claims that the message came to his phone in 2017 after downloading a cryptocurrency app.

Razumilov says the app sent him 69 units of a cryptocurrency known as GayCoin alongside a message that said, “don’t judge without trying.”

“I thought, indeed, how can I judge something without trying it? And decided to try same-sex relationships,” Razumilov said.

The plaintiff further writes that just two months after receiving the message, he found himself “mired in intimacy with a member of my own sex.”

“I have a steady boyfriend and I don’t know how to explain it to my parents,” Razumilov said. “After receiving the aforementioned message, my life has changed for the worse and will never be normal again.”

Razumilov says Apple is responsible for “manipulatively pushing me toward homosexuality” and is demanding 1 million rubles ($15,300) for “moral suffering” and harm to his mental health.

A court date has been set for Oct. 17, where Razumilov will be allowed to argue his case, regardless of how absurd it seems.