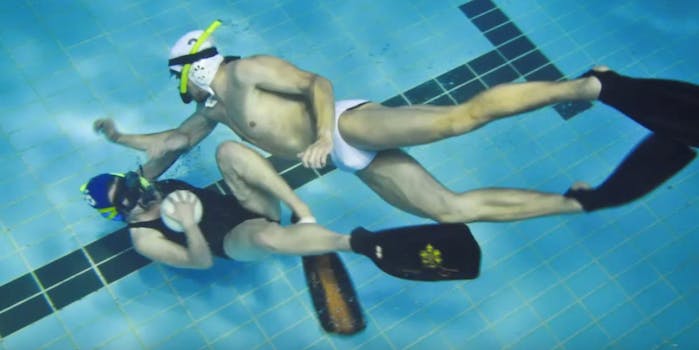 Underwater rugby is a weird and beautiful thing to behold

This is the only way rugby could be more exciting than it already is.

Rugby is exciting enough on its own, but some Hungarian swimmers managed to make it even more intense by submerging it.

In what looks like a combination of land rugby, water polo, and basketball, players—who wear bathing suits, flippers, a swim cap, goggles, and a snorkel to breathe—stay completely underwater as they move the ball around and pass it to each other. The point is for the team to get it into the basket located at the end of the pool.

We have no idea how this would look on the surface with a crowd watching below, but it’s really easy to imagine the sports commentators, the replays, and all of the action a broadcast could capture.