If ever there was a time to cry foul...

The image of a woman angrily hurling her husband’s stuff out of the house by the armload while he pleads for some kind of reprieve has been a staple for rom-coms, but it’s no longer indicative of how we live.

Case in point: Natasha Gascoine’s decision, after a nine-month marriage to Welsh rugby star Andy Powell, to auction his uniforms, wedding suit, shoes, and swimwear on eBay. She’s also selling her engagement ring and, in an especially dark touch, a whole lot of baby necessities. 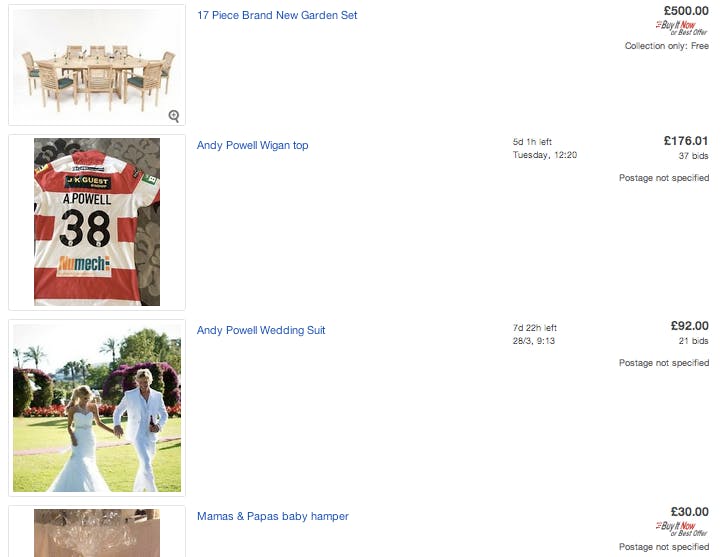 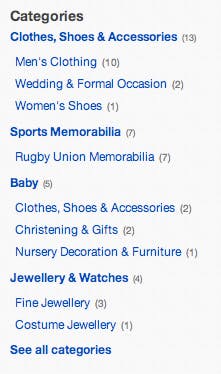 This was just one prong of a three-point plan for digital revenge. Gascoine also vented about Powell on Twitter and released a series of alleged texts from him in which he begged for reconciliation—at least in the physical sense. (Warning: The tweets contain explicit language that may be NSFW.)

Can someone please tell him I’m not interested @andypowell8 #fuckoff pic.twitter.com/aILBRwHUhN

@georgiahammellx cheated. Lied. Cares to much about gambling and alcohol after after I was going through my own physical pain

Anyway, don’t miss your chance to be a part of this ugly spat and take home a piece of sports history in the process. The “Men’s Trouser Bundle” looks like a steal at the current bid of £46. Nothing like broken-in denim from a brokedown relationship!