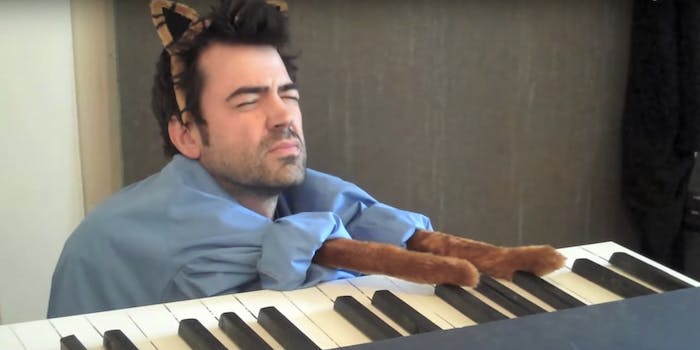 Ron Livingston has only ever posted one video to YouTube, and that one video is just enough.

The actor, who’s best known for his early roles in Office Space and Band of Brothers, uploaded the clip back in June 2010. But after being posted to Reddit on Thursday, the internet has rediscovered Livingston’s recreation of the iconic Keyboard Cat. It has racked up almost 4.5 million views as of Friday morning.

Watch him get down on the keyboard in his feline disguise.

It’s a perfect rendition of the original viral phenomenon. Here’s a side-by-side video for proof:

So why hasn’t Livingston uploaded any more videos? Well, as one redditor put it, “When you reach the top of the mountain you don’t keep climbing.”

You don’t want to mess with purrfection.