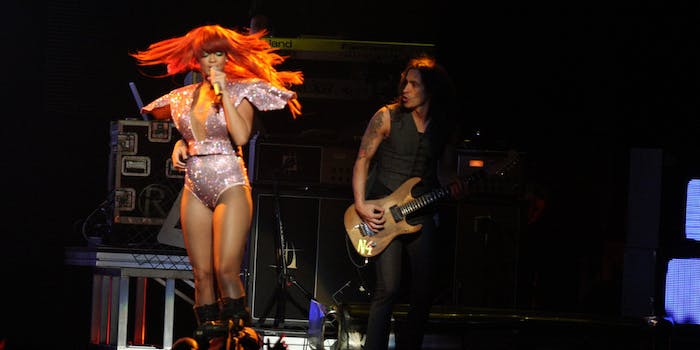 With that in mind, Rihanna just went and posted all of her Lui photos onto Twitter.

Warning: This article contains some explicit material and may be NSFW.

Rihanna got herself in a little trouble after she posted nude photos from her Lui Magazine photoshoot to Instagram.

The photo-sharing app and the pop singer have a rocky relationship. Back in September, her Instagram selfie with a slow loris actually prompted a criminal investigation.

She originally posted a few topless photos (NSFW) to her account on Tuesday, but Instagram removed them almost as soon as she posted them. She protested by posting a meme to her more than 12 million Instagram followers.

However, it’s unclear if the Terms of Use include illustrations of nudity. Rihanna’s already getting fanart of the banned Instagram photo, and so far the company hasn’t made any moves about removing it.

With that in mind, Rihanna just went and posted all of her Lui photos onto Twitter, which is OK with nudity.