How to tell Richard Wagner and Porter Wagoner apart

The differences are subtle.

Over in Bayreuth, Germany, a grand opera tradition has given way to soap opera-like drama: It seems that the great-granddaughter of composer Richard Wagner, Eva Wagner-Pasquier, has been “banned from making decisions” as to the summer festival celebrating his music, held annually in the Bavarian town since 1876. Rumor has it that a falling-out between Wagner-Pasquier and conductor Christian Thielemann is to blame.

Right now you’re probably thinking to yourself: “Wait a minute, Germany has an American country music festival?” This is a typical mistake. You’ve simply confused Richard Wagner (1813-1883) with Porter Wagoner (1927-2007). Happens to us all the time!

One of them wrote “Ride of the Valkyries” and the bridal march you heard at your cousin’s wedding last week. The other discovered Dolly Parton and had his own television show for twenty years. But how much did these two great composers really have in common?  Not much, as it turns out, but let’s compare them anyway. 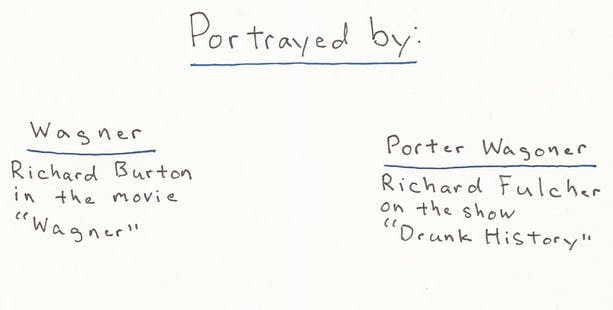 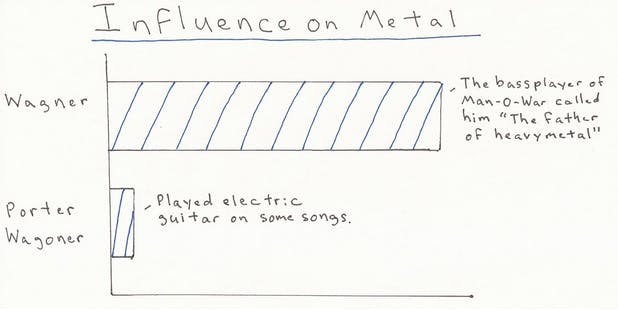 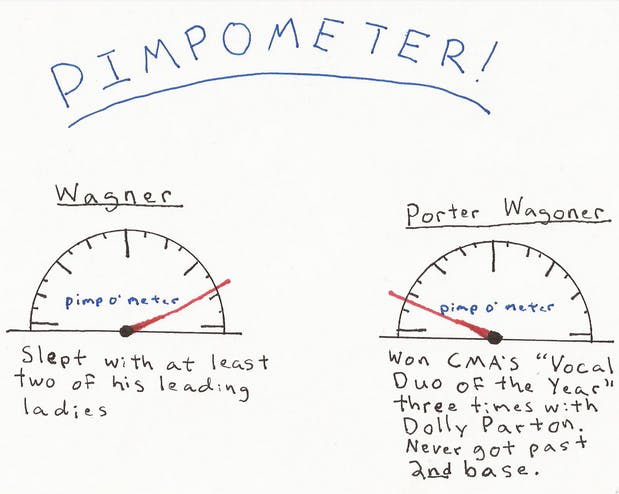 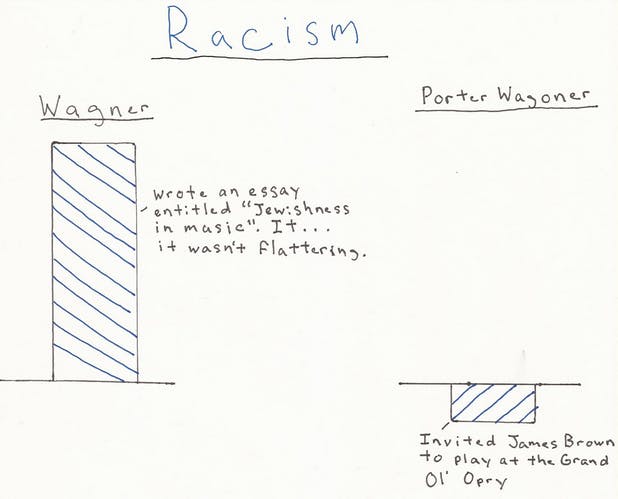 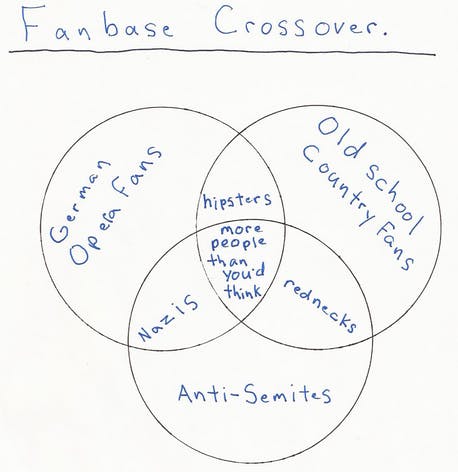 So there you have it! Two of history’s greatest composers compared on all the levels that actually matter. It’s hard to say who reigns supreme. Maybe it’s easier to just listen to their music and decide for yourself: