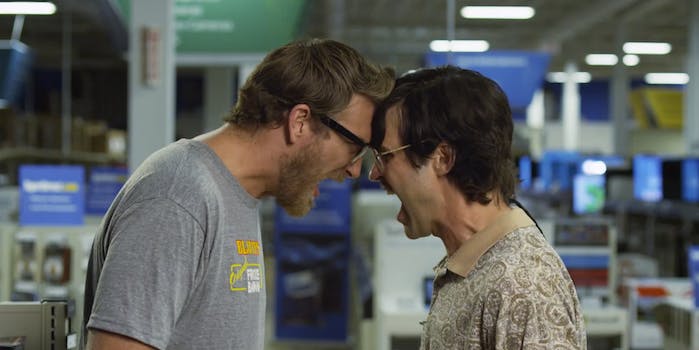 The definitive rap battle of geeks vs. nerds

We just got the sequel to Al Yankovic's "White & Nerdy" we never knew we needed.

We just got the sequel to Al Yankovic’s “White & Nerdy” we never knew we needed.

For years, we’ve been arguing with one another about what makes us geeks and nerds, but even more about the distinction of what’s inherently wrong with the other group. Geeks are “hipster wannabes,” according to nerds, and nerds will never procreate, according to geeks.

But when Rhett & Link dive into that ongoing debate, it turns into a rap battle for the ages that showcases the best and the worst of both worlds while trying to determine which subculture is supreme in terms of being a fan of things.

It’s jam-packed with references, exaggerations, and a robot cameo from Hank Green, but these geeks and nerds do have one thing in common: They’re both great at holding up a line.

With geeks and nerds just as passionate about what they call themselves as they are about the things they like, this debate could go on forever.