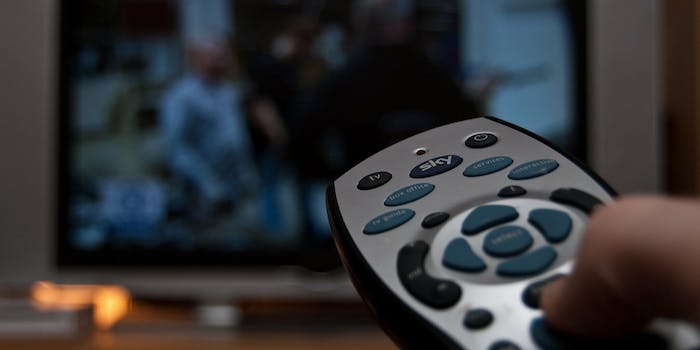 Yet another study confirms what you think you already know: Your House of Cards obsession is making you depressed.

A new study from the University of Toledo found that viewers who consumed between two to five continuous hours of television on services like Netflix, Hulu, or Amazon Video were more likely to experience “higher levels of stress, anxiety, and depression than non-binge-watchers.” The team behind the research didn’t understate their findings, calling binge-watching a “growing public health concern that needs to be addressed.”

Binge-watching and depression are often linked. However, that doesn’t prove that Netflix is the menace to society that the University of Toledo’s team suggests. The basic issue with these queries, as well as how they are reported on by the public, is that correlation does not imply causation: Just because Netflixers are spending a great deal of their time watching Frank Underwood scheme his way to power doesn’t mean it’s making them sad.

It’s not the fact that you’re watching Netflix that’s the issue. It’s that you’re doing it by yourself.

The bigger problem with these depression studies is that they tend to approach the subject from the wrong perspective: It’s not the fact that you’re watching Netflix that’s the issue. It’s that you’re doing it by yourself.

Research has long shown that anti-social behaviors, including prolonged bouts of isolation, lead to greater feelings of unhappiness and melancholy. In a 2013 editorial for Slate, Jessica Olien argued that isolation is “killing us.” She continued: “Loneliness is a serious health risk. Studies of elderly people and social isolation concluded that those without adequate social interaction were twice as likely to die prematurely. The increased mortality risk is comparable to that from smoking. And loneliness is about twice as dangerous as obesity.”

A 2012 study from University of Buffalo and Mt. Sinai School of Medicine asserted the same: Being separated from other individuals for long periods of time has deleterious effects on mental health. The researchers behind the experiment tested mice, who were held in solitary confinement for periods of eight weeks; the goal was to force the subjects into a depressive passivity. While mice are typically social animals, those released from isolation declined to interact with other rodents.

The experience of being alone has a profound effect on brain function.

While that doesn’t mean that isolation leads to MS, it does show something else: The experience of being alone has a profound effect on brain function. This is a phenomenon your mother may understand well. Four years ago, a Gallup poll on stay-at-home moms found that women tasked with running a household during the day reported 64 percent higher rates of depression than working mothers.

Slate’s Sharon Lerner argued that the reason for this is that motherhood is a difficult job, and one that is incredibly undervalued in American society. “It’s pretty easy to see how being deprived of the status that comes with employment could leave someone feeling dumped upon, angry and, well, depressed,” she wrote. “Humans thrive on recognition. Our happiness hinges on feeling appreciated.”

But if motherhood is hard work, it’s often isolating work—a job that keeps you away from coworkers. When you toil at an office all day, sharing a cubicle with other who have similar responsibilities to yours, you are part of a community. But when you are taking care of children, you are likely to be the only adult around for hours at a time. You have no one to complain to or let off steam. You have few support networks during the day to help alleviate feelings of alienation or anxiety.

If mothers face a profound risk for depression, many other Americans may be joining them: In recent years, as increasing numbers of Americans have taken jobs that keep them at home every day. According to a recent Gallup survey, 37 percent of Americans work from their living space—a rate that increased 23 percent over the past decade. Outlets like Forbes have predicted that this will continue to become the norm, as in-person office environments are replaced by digital workspaces. In a digital age, loneliness is the future of work.

This is a reality that academics have warned about since the beginning of the modern Internet age.

This is a reality that academics have warned about since the beginning of the modern Internet age. Back in 1998, Robert Kraut of Carnegie Mellon University found that home Internet access increased rates of depression among users. He called it the “Internet paradox,” as a technology that was created to bring us closer together actually served to do the opposite. Over a decade later, multiple studies have found the same about Facebook—the more time you spend on the site, the less happy you are.

Despite the great emphasis that researchers have placed on technology in furthering our feelings of social separation, what we should be targeting is the lack of connectedness that leads to these feelings in the first place.

This is a much greater problem than your Netflix queue: In 2009, Psychology Today’s Dr. Stephen Ilardi reported that 25 percent of Americans “have no meaningful social support at all—not a single person they can confide in.” That number increases dramatically when we look to members outside the family, as nearly half had to rely on a relative for advice or counsel. In the most basic terms, that means that half of Americans don’t have any real friends.

If you need to ask why so many Netflix users are spending hours depressed in front of their televisions, it might be because they don’t have anywhere else to go.