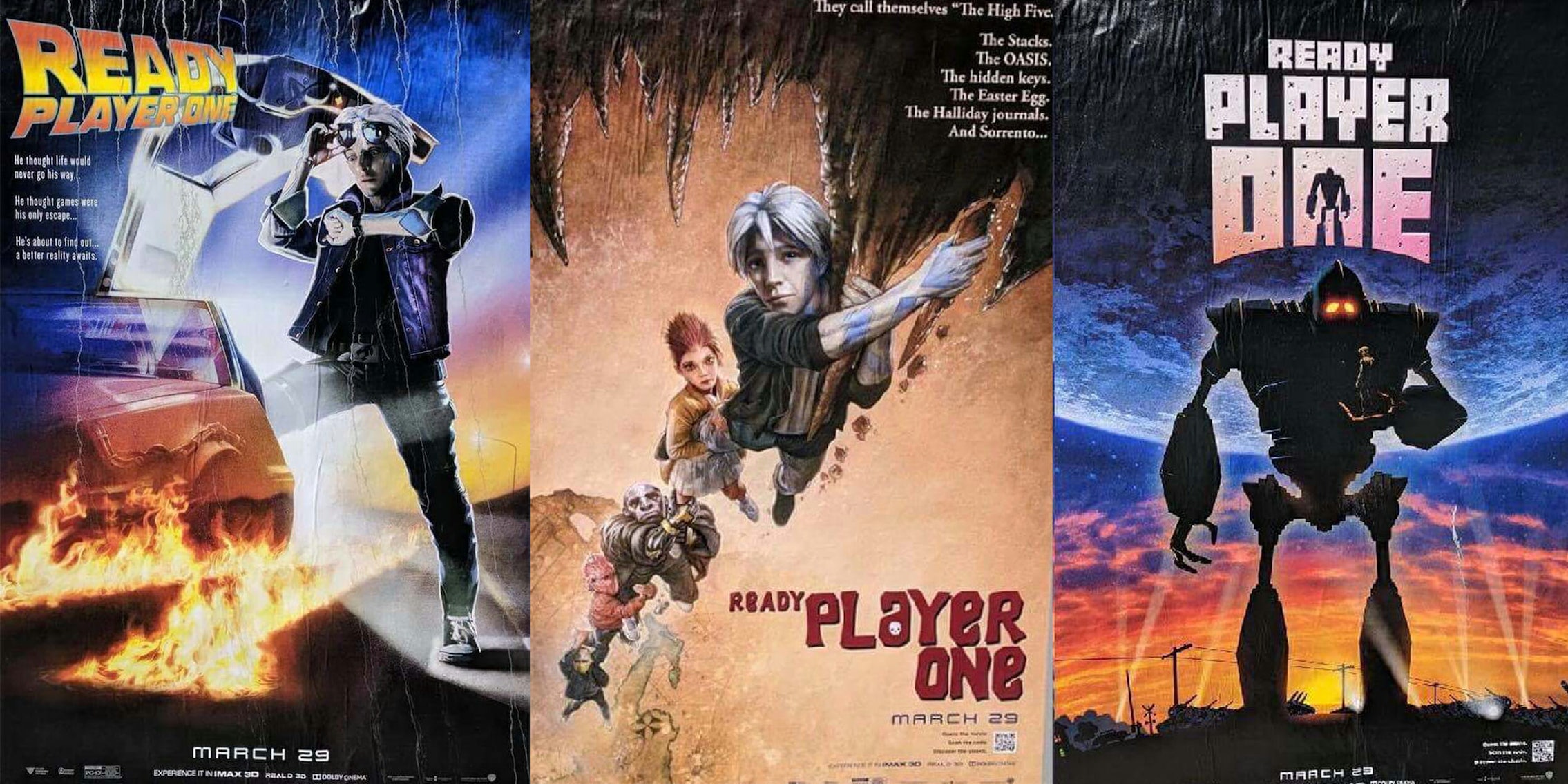 ‘Ready Player One’ posters are getting dragged on Twitter

These posters are here to kill your '80s nostalgia.

Ready Player One doesn’t hit theaters until the end of the month, but people are already roasting the movie on Twitter for its cringe-worthy posters. The posters mimic those of popular science fiction films of the ’80s, including Blade Runner, Back to the Future, and Labyrinth.

These Ready Player One posters are a form of assault, I'm pressing chargeshttps://t.co/Xf5ySNOMsZ pic.twitter.com/9mzRU8tzuK

Retweet for the THE BREAKFAST CLUB homage v Like for the THE MATRIX homage pic.twitter.com/ArElpzu8J2

Check out these classic film posters with a Ready Player One twist! https://t.co/MrxNE16T53 via @nerdist pic.twitter.com/G9ZfAuYWsU

Someone at Warner Bros. apparently decided that this idea was really clever. The result is something that could easily be mistaken for a parody of the film.

For those who aren’t familiar with Ready Player One, it’s an adaptation of Ernest Cline’s popular 2011 dystopian novel of the same name. The novel is set in the year 2044, and people are now so obsessed with virtual reality devices that they have neglected the world around them. The VR world is called the OASIS, and when founder James Halliday dies, he sets up a contest for people to compete for ownership of the company. The competition is devised like a video game, and, because Halliday was obsessed with ’80s pop culture, the winner must also know everything there is to know about ’80s culture to win. The protagonist, Wade Watts, is a teenager who initially spends his days consuming pop culture and exploring the OASIS instead of interacting with other people IRL. The story makes it clear that is lifestyle is obviously not healthy, and interacting with people in the real world is necessary and good.

Still, Watts’ pop culture knowledge is seen as valuable. Clearly, Warner Bros. agrees, and it thinks that all the ’80s references will hook people into seeing the movie. But the posters end up coming off as a massive self-own, and a lot of people hate them.

rp1 isnt!! comedy!!!! its just references!!! theres no goddamn jokes in the whole book, its just entirely "hey remember back to the future is a movie that was popular?" "hey remember the matrix??" https://t.co/1RWxjUZBGC

This is quite possibly the worst thing I've ever seen. Blade Runner hurts me deep, but Bullitt?!?! I don't even understand who their target audience is for that! Awful in every single way https://t.co/OR9P21iF6f

These. Are. Awful. Just plain and simple. Surely the movie can't be THIS bad, right? https://t.co/ksoDyLADi2

The Ready Player One posters are exactly as bad as I expected them to be pic.twitter.com/DhKn7zlYlA

Looking at these Ready Player One posters like…. pic.twitter.com/cRIu6WoVzF

Best part about the ready player one posters is that their premise is “What if these movies you liked starred someone who fucking sucked?”

those ready player one posters are great advertising that communicate what the movie is all about: masturbatory self-inserts that have nothing interesting to say or offer about what they're referencing

i for one think the Ready Player One posters are fantastic because they tell you exactly what you’re getting—the replacement of substance with reference with no real thought past that pic.twitter.com/Qp3DwHvvq0

I JUST SAW THE READY PLAYER ONE POSTERS

Since the posters already look like a bad internet Photoshop job—why not create posters that are even worse?

Really, why does Watts’ OASIS avatar, Parzival, look this terrible?

The internet accepted the challenger and made some new Ready Player One posters.

Not really feeling these new READY PLAYER ONE posters. pic.twitter.com/xFY9Kyfyl4

all those READY PLAYER ONE posters are good, actually pic.twitter.com/PpH3DSeXYX

did i even need to change this one

It’s hard to tell which ones are the real posters—and which ones the internet created.