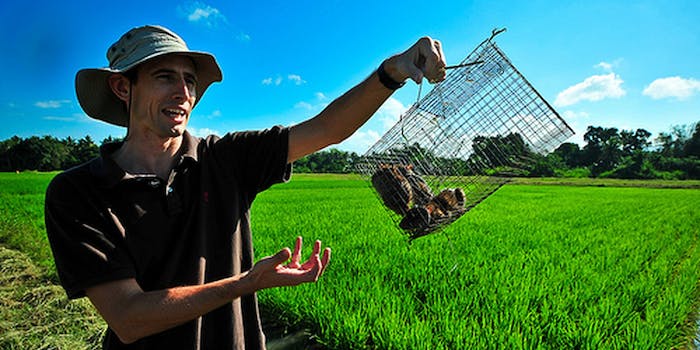 Hijacking webcams is a game for these creeps

Remote administration tools (RAT), also known as remote access software, allow a user to drop a long-distance controller onto your computer and manipulate it from afar.

Get ready to switch off your Internet for life and return to the welcoming bosom of the analog life.

Remote administration tools (RAT), also known as remote access software, allow a user to drop a long-distance controller onto your computer and manipulate it from afar. They can record via your mic and webcam, they can pilfer your stored media, and they can share it all with each other. They can broadcast to the computer they’ve taken over, and they can change the desktop layout.

It’s not just the sheer creepiness of RAT use that has brought the issue up in the mix of the Internet’s background noise. It’s also the fact that those targeted are primarily young women, many of whom are, or appear, underage. Those who engage in this base-level hacking often get together online in groups on sites like Hackforum, groups that resemble nothing so much as child pornography rings, and share the dirty pictures they’ve stolen.

With real hacking in the news, from Chinese cyber espionage to American and Israeli targeting of Iranian nuclear development to Anonymous’ protest hacking, this sort of activity muddies the waters.

RAT users call the women whose computers they infect “slaves,” and they post the videos of their furtive little escapades on services like YouTube (which seems to be acting to remove them).

RATs are usually delivered in a Trojan horse virus, as the viral payload, and unpack onto the target computer. As Nate Anderson noted on Ars Technica, “This is commonly done by seeding file-sharing networks with infected files and naming them after popular songs or movies.”

These rigs are easy enough to assemble online and are “user friendly,” equipped with dashboard controls. Putting together and using a RAT suite requires more of a desire to fumble around in strange girls’ bedrooms than to “hack” in any meaningful way.

In case you’re wondering if this is illegal, the answer is yes: It’s illegal both on a state and on a federal level. It’s illegal to break into other people’s computers. It’s illegal to steal things, including intellectual property, from other people. If you recall, the late Aaron Swartz broke into MIT’s computers to post JSTOR papers online for all to use. Arguably, Swartz’s actions were, if illegal, for a purpose partaking of both altruism and protest. The actions of a RAT operator are neither.