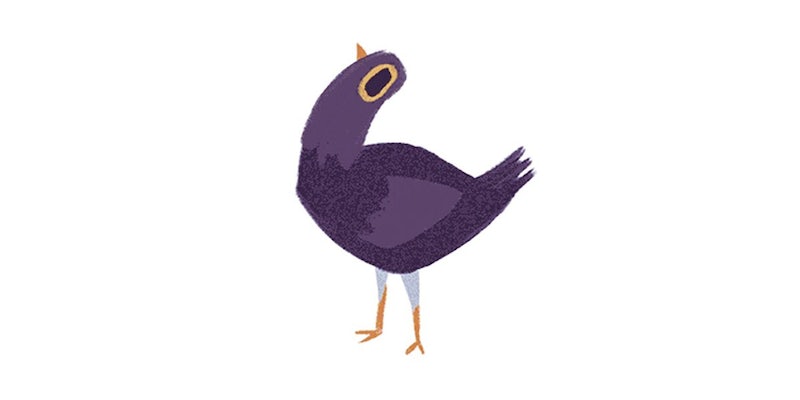 What’s up with this purple bird that is all over your Facebook?

Facebook was abuzz this weekend with a cartoon image of a purple pigeon. It took over meme pages in the space of a day, and now it’s even being spammed in comments by mainstream “normie” Facebook users. What is this bird, and where did it come from? 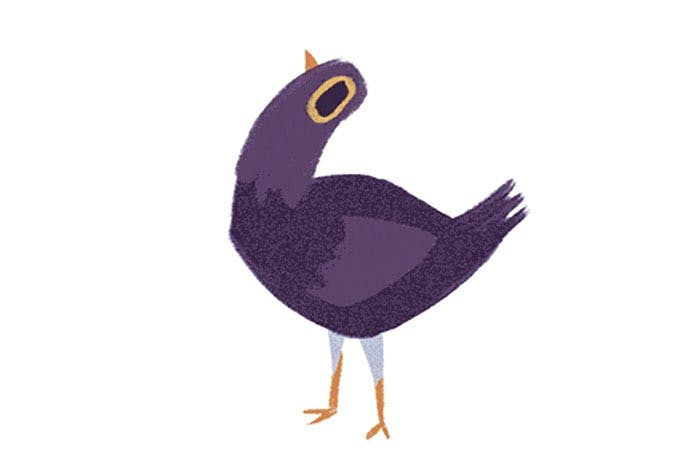 That’s one what user on Reddit’s r/outoftheloop, the subreddit where people ask for explanations of the latest arcane developments in internet culture, wanted to know.

The short answer is that the Trash Dove was created by artist Syd Weiler on her drawing livestream back in September, and she turned it into an iPhone sticker pack in September. It didn’t go viral, though, until the Thai internet got a hold of it last Wednesday.

“It all started in Thailand, actually—they have a joke about birds there, and it tied in there,” Weiler told PopDust.

It was the headbanging version of the bird that really took off. English-language Thai news site Khao Sod English reported that Thai netizens “filled entire comments sections” with the graphic.

Why? It’s not really clear, but Khao Sod offers a partial explanation: “One theory is that the word for bird, nok, is also used to describe someone hopelessly single or suffering from unrequited love.”

At the Daily Dot, we first saw the bird in this video by Thai comedy group Chong Nom, and to be honest, we didn’t really get it.

But then the birds hit the U.S. over the weekend, and now they are everywhere. The headbanging trash dove is being celebrated with remixes, videos, and comment spam galore. Its viral spread is reminiscent of Le Lenny Face ( ͡° ͜ʖ ͡°), the emoticon that dominated 4chan message boards in 2012. 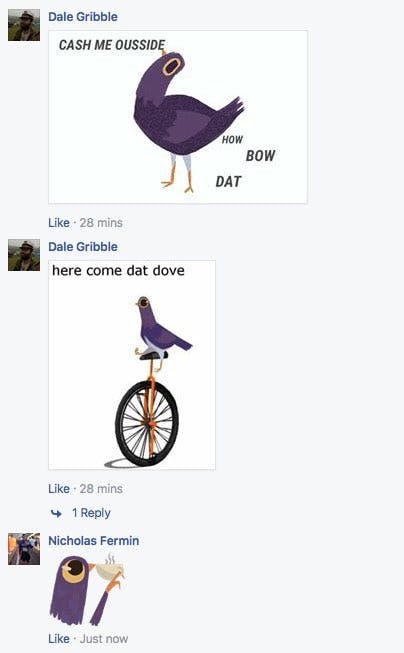 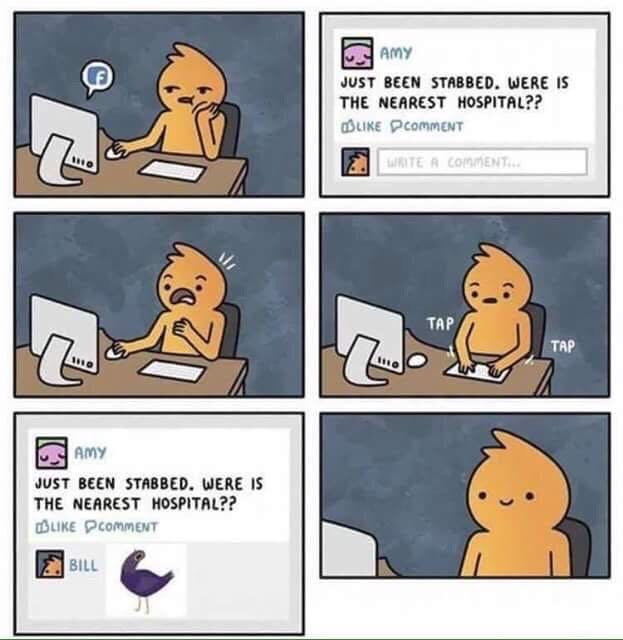 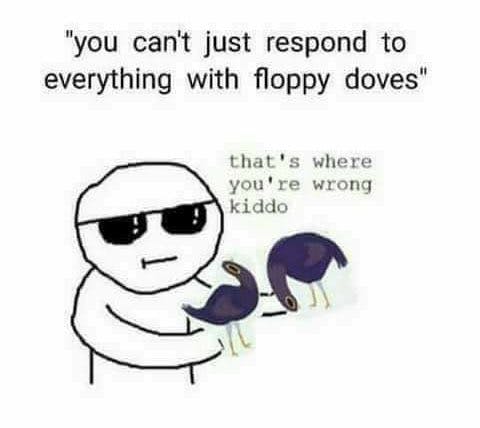 Some are even suggesting that Trash Dove is the internet’s new dominant meme, dethroning Roll Safe—a.k.a. “smart black guy”—who ruled the first half of the month. 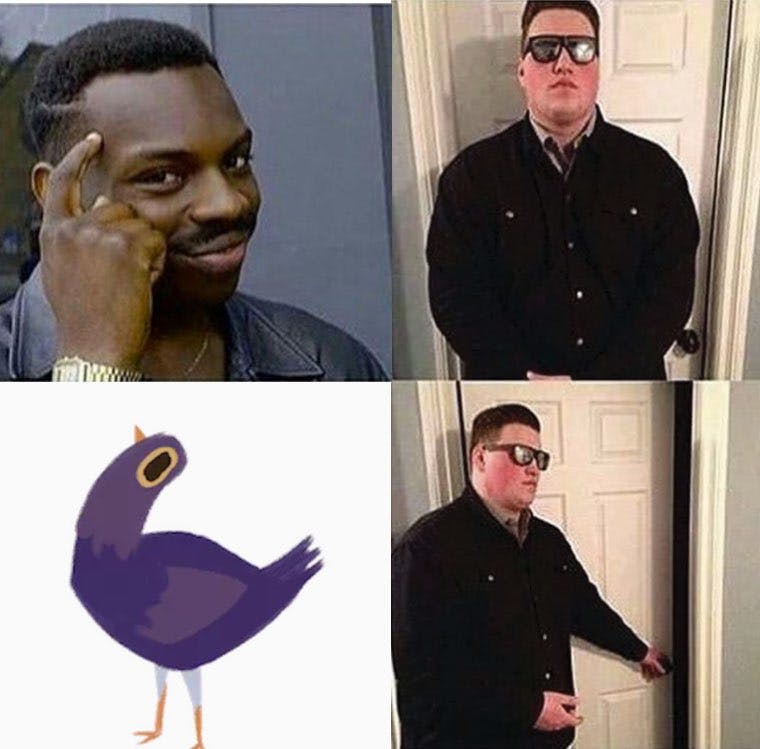 Trash Dove is so dominant—the Verge noted that someone spammed it 92 times in the comments of a New York Times Facebook post—that people have already created petitions to ban it. 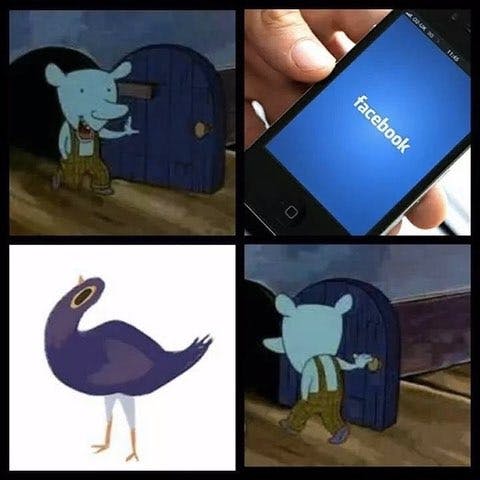 Well, to ban it from one Star Wars meme page, anyway. 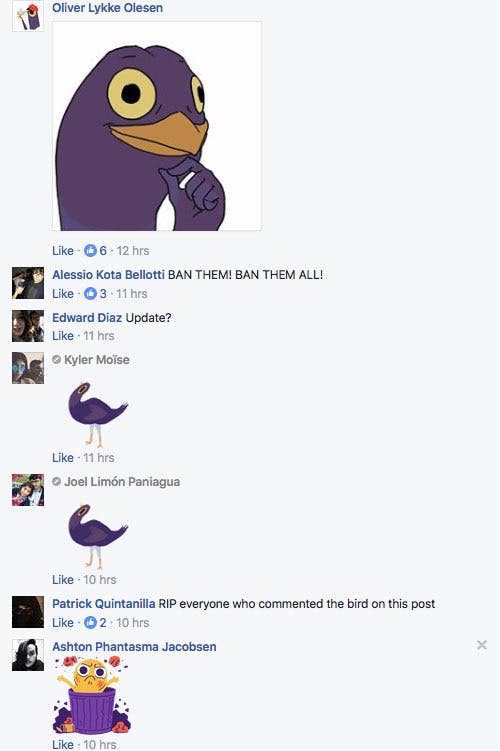 It’s sticking around everywhere else. Weiler has already promised to bring her Trash Dove stickers to the LINE messaging service, which is hugely popular in Asia.

Prepare to headbang your way through the rest of February with Trash Dove, or just quit Facebook until this whole thing blows over. If managing a Facebook page is part of your job, all I can tell you is… I’m sorry. 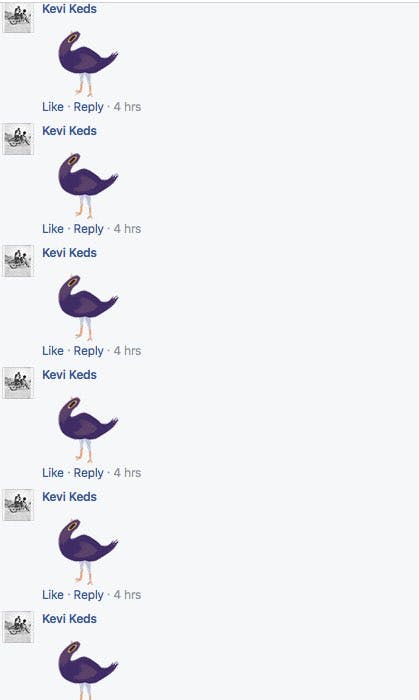