A 2-year-old boy did the honors.

Charlie Bernstrom of Lancaster, Minnesota, spent a lot of time growing and caring for his 1,465-pound pumpkin—and then some 2-year-old boy came along and just dropped it on a minivan? Is there no justice in the world? 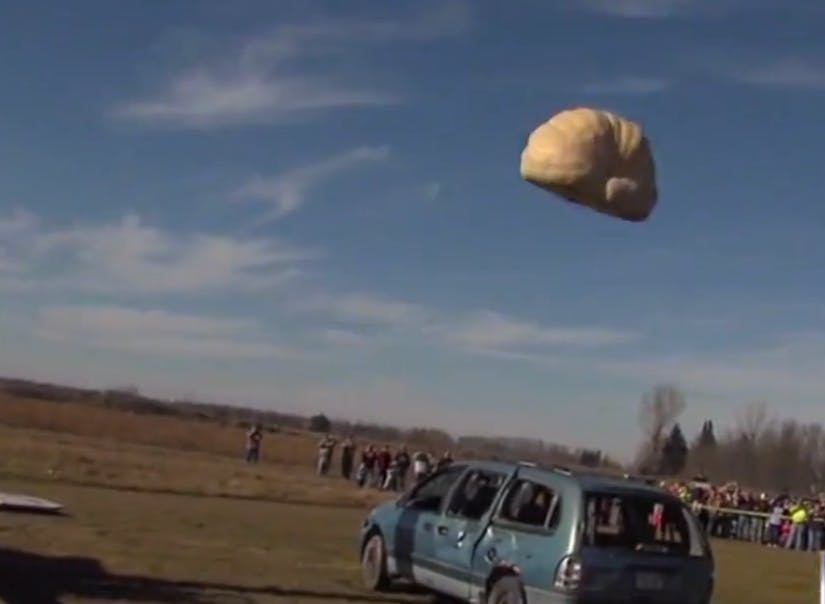 screen grab via Matt Henson of the Grand Forks Herald

Luckily, Benstrom was in on the plan to hoist the massive pumpkin 80 feet in the air to drop it on a beat-up blue van. The idea was to provide a little bit of free entertainment for the locals and to raise money for the Kittson County Literary Council, which provides free books to local children.

For one dollar, onlookers could buy a chance to pull the cord to drop the gourd. Those honors went to 2-year-old Emmett Peterson, who, as you can see in this newscast, later tried to deny the whole thing.