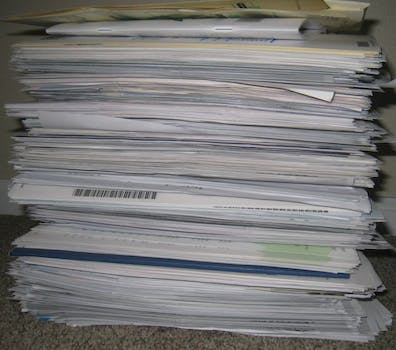 Publish the Panama Papers—all of them

Welcome to the era of mega-leaks.

The Panama Papers investigation has revealed a level of tax evasion on a global scale. Around 400 journalists, led by German newspaper Süddeutsche Zeitung in coordination with the International Consortium of Investigative Journalists (ICIJ), researched the data dump—2.6 terabytes, 11.5 million documents—for a year. But the ICIJ has announced it will not be publishing the complete, unredacted source documents. Ever.

Journalists are entering an era of mega-leaks. The Panama Papers dwarfs previous data dumps by several orders of magnitude. “Responsible journalism” requires the ICIJ to publish the entire dump, Wikileaks-style.

First, let’s not underestimate the the time and effort required to comb through 11.5 million documents. Even 400 journalists working for a year (Did they all work full-time on this project for a year? I think not) are not enough to do the source material justice. The only way this investigation scales is to open up the documents to the public once the initial reporting is complete.

Journalists are entering an era of mega-leaks.

Second, who pays for this work? Journalists need to eat. Whoever funds the investigation affects what gets covered—and what gets emphasized—and what doesn’t. As Wikileaks pointed out, USAID funded the attack story on Russian President Vladimir Putin:

US govt funded #PanamaPapers attack story on Putin via USAID. Some good journalists but no model for integrity. pic.twitter.com/5MnZbB6Zwz

What stories did not get funded because they might make America and its allies look bad? This is a subtle form of economic censorship, but censorship all the same.

Third, as German political blogger Jens Berger pointed out, without full publication of the docs so that international criminal investigators can review them, prosecutors cannot use the source material as evidence to file criminal charges. Investigative journalism should not seek scandal for scandal’s sake, but to end the undemocratic tax evasion exposed.

Fourth, it is a certainty that the NSA, and the intelligence agencies of Russia, China, and half a dozen other countries, already possess full copies of the Panama Papers archive. The idea that the ICIJ and their members were able to repel nation-state hackers is ludicrous. How will the spies take advantage of this information disparity? Who will they blackmail? What crimes will they commit based on these documents? Remember spying is not just watching. It’s about interfering. And spies are government-sponsored criminals.

How can the public trust the ICIJ’s work, unless they accompany it with complete, unredacted publication of the source docs?

Full publication could prevent such criminal activity. But, Ryle assures us, that would not be “responsible” journalism.

Fifth, how can we trust the ICIJ investigators? Journalists can be co-opted, blackmailed, and controlled. As legendary Watergate reporter Carl Bernstein revealed in 1977, hundreds of American journalists worked for the CIA. Early in 2015, the former editor of German newspaper Frankfurter Allgemeine Zeitung published a bestselling book in which he confessed to planting news stories for the CIA—and accused many of his colleagues of doing likewise.

We must therefore assume that some portion of the 400 journalists working on the Panama Papers are spies—for the CIA, for some other government’s spying apparatus, who knows. In such a world, how can the public trust the ICIJ’s work, unless they accompany it with complete, unredacted publication of the source docs?

Süddeutsche Zeitung and the ICIJ deserve praise for their meticulous reporting on the documents so far. But they cannot—they should not,  must not—stop there. Publish the Panama Papers online and make them searchable, Wikileaks-style. Anything else would not be responsible journalism.