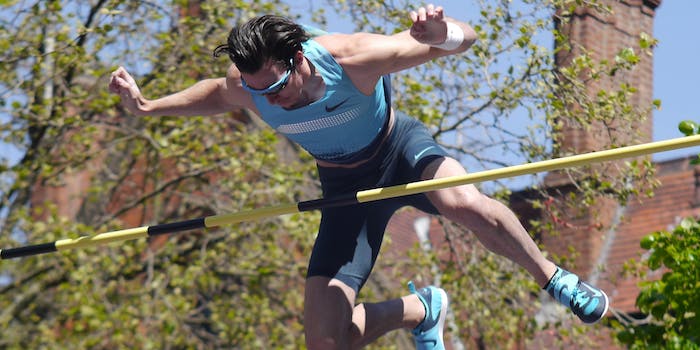 Pole vaulter has Olympic bid sabotaged by his own penis

When your own pole screws you over.

Dicks can often be a liability during athletic events. They get in the way when wearing a harness for rock climbing, and there’s almost nothing worse than a soccer ball straight to the nuts.

And as for losing out on the opportunity to compete in the Olympics thanks to your own lil’ member? Well, that takes the cake for horrible penis-related situations.

On Saturday, Japan’s Hiroki Ogita blew the qualifying round of Rio’s pole vaulting competition. Technically, his leg is what fucked up his chance, since it hits first, but his own pole was definitely involved as well. 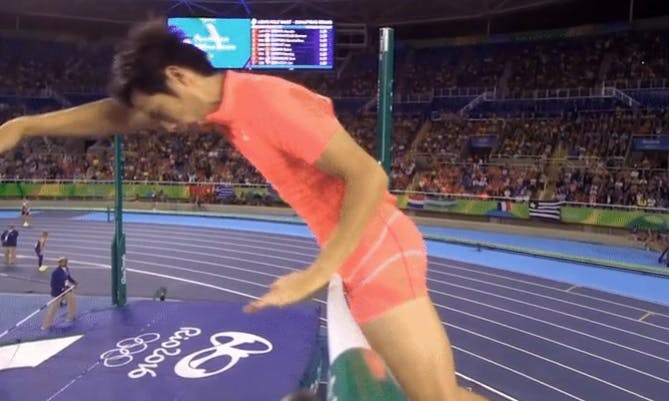 As one person pointed out: “Live by the pole, die by the pole.” Damn. Talk about getting cockblocked.

And while we’re major proponents of dicks out for Harambe, it’s probably worthwhile to make sure it’s properly secured before trying to make it to the Olympics.