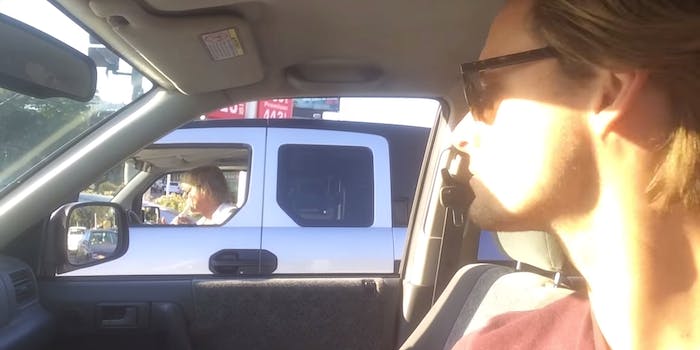 This guy is living his best life.

The man with the recorder is at it once again.

We first spotted him several weeks ago rocking out to “La Grange,” and now he’s been spotted again going all-out at yet another traffic light.

The song may be less recognizable this time around, but he’s still rocking out like he’s the lead act at his own concert.

Alex Grosse, who uploaded the video, dubbed him the “Pied Piper of Los Angeles,” and it’s rather fitting. As he goes viral yet again, older videos of the Pied Piper are resurfacing. The videos prove that this Pied Piper has been piping for a long time.

Who is this guy, and why does he play? As long as people discreetly film him from a distance, we may never know.