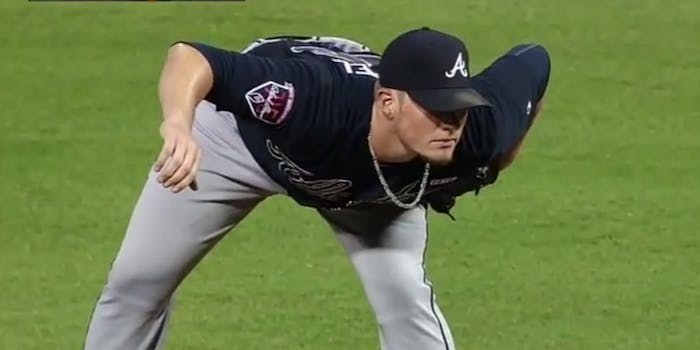 He's like a cross between a falling scarecrow and a velociraptor.

Philadelphia sports fans are known for mocking players from visiting teams. And the last game of a very dismal baseball season in Philadelphia was no exception to this rule. Heck, they needed something to smile about.

Atlanta Braves pitcher Craig Kimbrel apparently likes to crouch down and assume a position similar to a velociraptor before he pitches the ball. During Sunday’s matchup at Citizens Bank Park in south Philadelphia, Phillies fans quickly caught onto this and gleefully imitated his stance.

However, the Braves had the last laugh: Kimbrel and the rest of the team wound up beating the Phillies 2-1, sending the fans waddling home, muttering “maybe next year” for the umpteenth time.