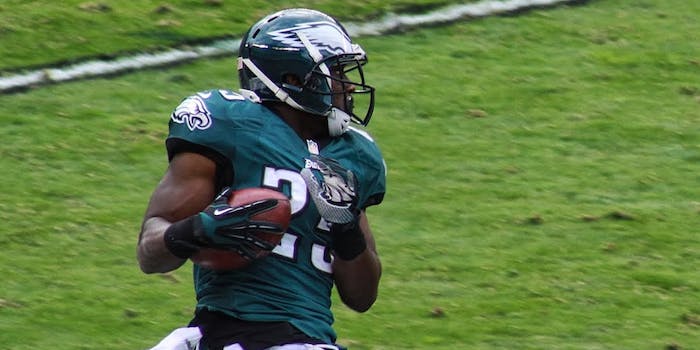 The model of a prototypical Philadelphia sports fan conjures up an image of a boorish, loud-mouthed, unshaven guy with an open Yuengling in his hand. When it comes to sports, we talk at top volume and are more than frank with our opinions.

Since I resemble that remark, I can attest to the fact it doesn’t take much for me and my kin to start a row, especially when it comes to our beloved Iggles. (That’s Eagles for the rest of you). The latest tempest wrapped in a soft pretzel is over Shady (that’s what we call LeSean McCoy) leaving a crummy tip at a local restaurant. In typical shoot-from-the-hip Philadelphia fashion, PYT burger bar posted the receipt on Facebook with the intent of belittling the star running back (and no doubt getting some publicity for itself).

The sort of social media 10-rounder one might expect from such a trivial, overblown event has led to a public debate over such crucial facts as whether the receipt was fake, whether the service was as bad as some customers state on Yelp), and a bunch of other side issues, some of which amplify the seamier side of Delaware Valley sports fans. (For those who are too young to remember, Eagles fans once threw snowballs at Santa Claus. Enough said?)

Did McCoy actually leave a 20-cent tip on a $61 bill? It actually may be true. Les Bowen, a sportswriter for the Philadelphia Daily News who covers the Eagles, may have the definitive word that Shady was upset with the service, but the team wishes he had handled it better.

On McCoy receipt thing: my understanding is, he was really ticked about service. But org wishes he’d handled it differently. He understands

PYT owner Tommy Up took to Facebook with a suggestion for McCoy as a way to make up for his transgression:


You have to hand it to Philadelphia sports fans for their creative takes on Tipgate, which seems to be backfiring somewhat:

LeSean McCoy left a 20 cent tip? Unreal. That is by far the worst thing an NFL running back has done lately.

I’ve eaten at PYT before so I’m ready to give LeSean McCoy the benefit of the doubt on this no tip story.

In the world of sports media, this might be the social shot du jour, but in Philadelphia, it’s just another day.

Update (Sept. 9, 4:38pm CT): Tommy Up posted a detailed account of the day’s events this afternoon on Facebook, saying he stood by his choice to post the receipt and suggesting all hate mail be directed toward him, not his staff.