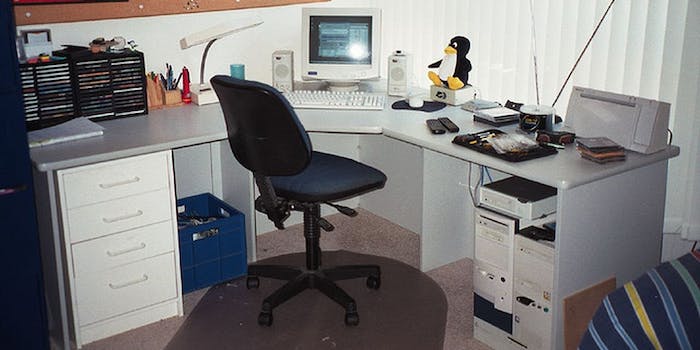 One of the stranger revelations of Verizon’s $4.4 billion acquisition of AOL, announced earlier this week, is that 2.2 million of the latter’s customers still use dial-up modems to get online. Anyone with a working memory of the 1990s will recall that, although these devices changed the world and ushered in the Internet Age, they were slow, unreliable, and noisy.

What kind of noise did they make? It was sort of like a mix between a broken ham radio and static bursts of cosmic radiation from beyond the stars. And a wonderful single-serving Tumblr, “People Making Dial-Up Noise,” aims to preserve this signature cacophony that attended every attempt at connecting to the ‘net (seriously, we called it that for a while).

Instead of actual recordings, however, we get human impressions:

Excuse me, I need to go hug my wireless router right now.