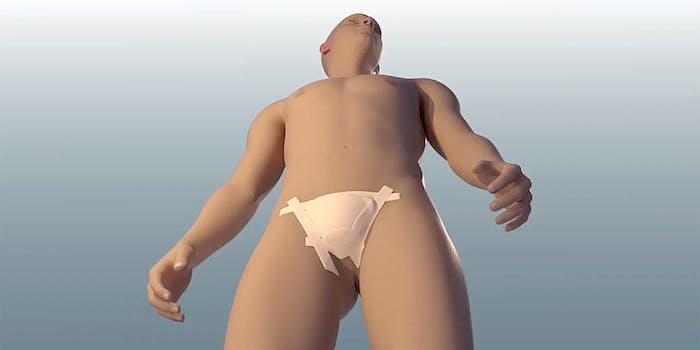 Warning: This video is very detailed.

On Monday afternoon, Johns Hopkins announced that it had successfully performed the first full penis and scrotum transplant ever. It’s an amazing medical achievement, and John Hopkins unveiled news of the transplant on Twitter with a very detailed animated video. Seriously, you see a lot here.

The video, which is just over 1 minute long, illustrates how the transplant was performed on a military veteran who lost his genitals in a bomb explosion in Afghanistan. The penis and scrotum came from a deceased donor.

Although a couple of other penis transplants have been performed, this is the first one that also transplanted the scrotum and surrounding skin. The hospital noted that the testicles “were not transplanted because it would raise too many ethical questions” regarding the donor’s sperm.

Testicles were not transplanted because it would raise too many ethical questions.

So many jokes just popped into my head I think I had an aneurysm. https://t.co/PqGl4rh8Rp

Although the surgery was performed last month, the patient—who wants to remain anonymous—is expected to head home this week. Following the surgery, he told the New York Times, “I feel whole again.”

W.P. Andrew Lee says the patient is expected to be discharged from the hospital this week and Dr. Lee is confident he will regain full sexual functions.