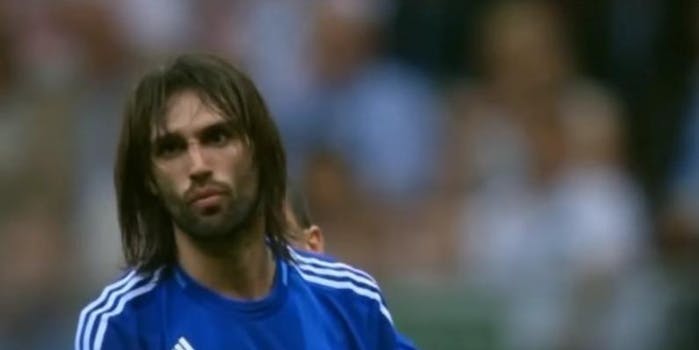 Greece trips into the round of 16, breaking African hearts

Greece and the Ivory Coast met in Fortaleza Tuesday evening with an opportunity to clinch a debut berth in the World Cup round of 16. Greece is moving through thanks to Brazil 2014’s most cruel, heartbreaking moment.

Deep into injury time, with a 1-1 tie nearly securing the Ivory Coast’s reservations in the next phase of the competition, Giorgos Samaras was seemingly taken down in the box by sub Giovanni Sio and earned a penalty kick. Samaras banged it home, Greece took the night 2-1–joining Colombia out of Group C and into its first ever knockout stage appearance.

Instant replays, tragically, show that the penalty kick was awarded in error, as the lanky Samaras clearly trips on his own poorly planted foot.

Emotionally, the world was with the Ivory Coast, likely Africa’s only realistic candidate for the quarterfinals. The players donned black armbands in honor of Yaya and Kolo Toure’s recently deceased brother, Ibrahim. The underachieving nation seemed poised to finish. Swansea’s Wilfried Bony scored in the 74th minute and Greece, despite hitting the crossbar three times, fell out of rhythm and into a rare position wherein it had to move forward and score.

Credit the Greeks: This is a side that amassed 25 points in European qualifying despite only scoring 12 goals in 10 games, and zero goals through its first two group stage games against Colombia and Japan. The Greeks play defense, they hang back behind the ball, and it’s just enough to stay floating. That’s what makes this such a glib outcome for fans—the disparity in talent was obvious to any half-interested observer.

Greece isn’t sexy and Ivory Coast is just the opposite. Gervihno, Bony, Didier Drogba–the attacking talent here is mechanical and thrilling. Yaya Toure may be the best midfielder on earth—capable of cruising and bruising down the middle like Marshawn Lynch off the tackle. Individually, this one should not have been close. But at the World Cup, history is a looming cloud and Tuesday marks the third straight burnout in the group stage for the Ivory Coast’s golden generation.