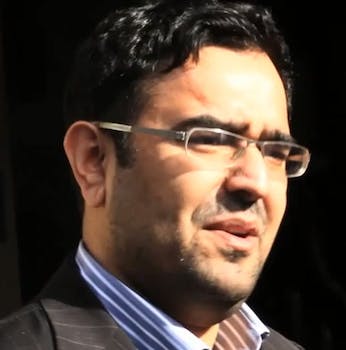 The head of a company that ranks online influence admits he artificially inflated his own Twitter follower count.

There’s nothing legally wrong with paying to juice your Twitter follower numbers, but when your company measures one’s influence on the site, the morality gets a little murkier.

Azeem Azhar, CEO of social reputation measurement company PeerIndex, has admitted buying thousands of Twitter followers. However, he claims it was an experiment which has no bearing on his reputation ranking within his company’s service.

Azhar’s follower numbers jumped by almost 20,000 in a single day in March, according to TwitterCounter records. That jump was spotted by The Kernel, which noted a follower of Azhar claiming that he’d had 14 retweets and 13 mentions in the space of a week, which seems incredibly low for someone who has 21,787 followers.

Following the initial report, Azhar told The Kernel he bought followers from online marketplace Fiverr. He said he did so to “demonstrate it could be done and to see and demonstrate how it wouldn’t affect core PeerIndex rankings.”

For what it’s worth, Azhar has a PeerIndex influence score of 60 (100 is the maximum). That’s less than, for instance, tech journalist Jack Schofield (score of 65 with 20,221 Twitter followers) and Asteris Masouras, a photojournalist with a score of 64 and 9,570 Twitter followers.

Azhar’s claim that follower numbers don’t affect PeerIndex rankings seems to hold up on that evidence, yet the moral implications of artificially pumping up one’s Twitter followers are a different matter.

“More argument to the fact that so-called ‘online influence’ can be gamed. Not least, it seems, by those who preach its authenticity and value,” wrote Steve Ward, owner of a social media consulting firm, in a comment on The Kernel’s report.