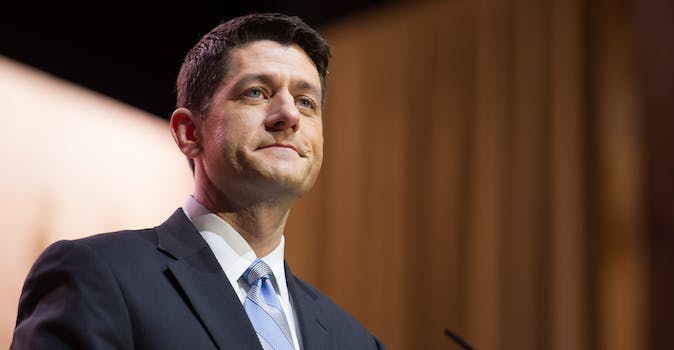 After AHCA vote, Wikipedia page for ‘Villain’ edited to include Paul Ryan

According to Wikipedia Paul Ryan is "An archetypical sinister cartoon villain."

But things are always going to slip through the cracks. Like the case of the U.K. teen whose quick editing of a band’s Wikipedia page led to him gaining access to their VIP area. Nowadays, cracks are quickly sealed up, but that doesn’t mean it isn’t fun for the brief time the changes are live.

For instance, someone recently edited the Wikipedia entry for “Villain” so that that first picture is Speaker of the House Paul Ryan.

some hero has edited the "villain" wikipedia page pic.twitter.com/QYIYjNoDzW

Sure, he’s tried to defund Planned Parenthood, the largest single provider of reproductive health services in the United States, and sure, he might have voted against background checks for people who want to buy guns, and maybe he voted for a constitutional amendment that would ban same-sex marriage, and he led the AHCA vote yesterday, but a villain? Seems accurate. To add insult to injury, the caption refers to Ryan as “An archetypical sinister cartoon villain.” Sinister maybe, but let’s face it, the son of a b is handsome.

By the time most people read this, the picture will be changed back to Snidely Whiplash or Dick Dastardly or whoever it was before. Which is too bad, it never hurts for the American people to be reminded who’s really out to get them.