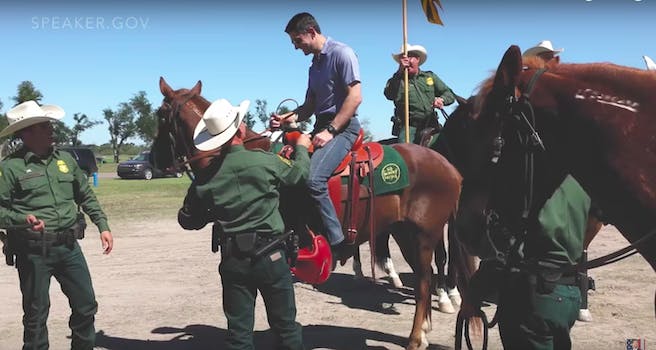 On Tuesday, House Speaker Paul Ryan (R-Wisc.) dropped a new video proclaiming that funding President Donald Trump‘s border wall was now a top priority. In the video, titled “Let’s Get It Done,” Ryan gets his militia cosplay on, replete with horses and patrol boats, down on the United States–Mexico border.

But add one of the greatest songs of all time, “Africa” by Toto, and it becomes something sublime. Here is Paul Ryan getting it done.