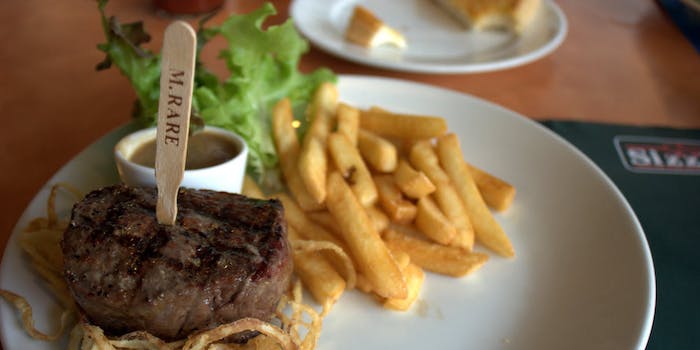 This Sizzler commercial from 1991 is a patriotic masterpiece

By 1991, the restaurant chain Sizzler—offering steak, seafood, and a salad bar in a casual, family-friendly setting—was well on its way to bankruptcy and obscurity. So it’s no shocker that it pulled out all the stops in this insanely patriotic, five-minute-long promotional spot.

Don’t know about the food, but if this franchise was running for president, it’d have my vote:

What an injustice it is that such a fine establishment has mostly faded away while Fuddruckers lives on.