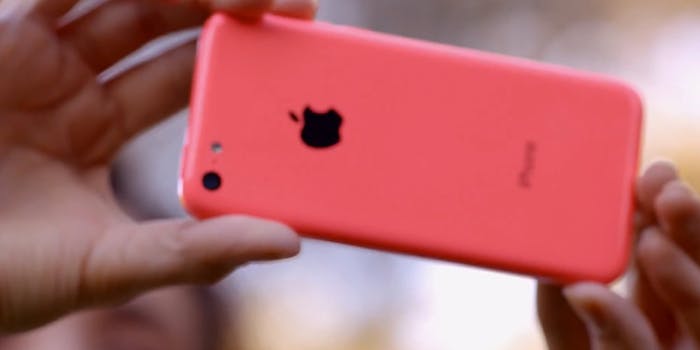 Apple's "senior vice president of design" knows what you're really looking for.

Apple’s “senior vice president of design” knows what you’re really looking for: the same old shit, over and over, repackaged and brightened up with candy colors and setting you back hundreds of dollars. Turns out this SVP is a YouTube comedian named David So, but he’s still right on the money with his Apple iPhone 5S and 5C parody commercial, which racked up a half-million views in about a day.

Maybe we’re not so interested in what’s inside the thing—just the happy warm inclusive feeling we get when our texts show up Apple Blue instead of Gross Non-Apple Green.

The clip is cathartic bliss for anyone who’s been misheard by Siri or, ahem, had his year-old iPhone 4S’s battery crap out a month after his warranty expired and a week before the new phones drop.

Also, So is right: Why doesn’t Shaq use a Samsung? Look how tiny that thing is in his hand.

If I can defend one thing, it’s the fingerprint sensor. I don’t care enough to use a passcode, but that technology is going to be sweet when we can pay for groceries or buy a beer by pressing our fingers on a glowing ring. Well, sweet until people start stealing our thumbs and hawking them on the black market.