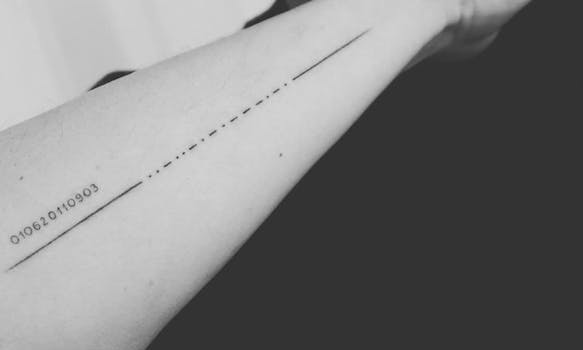 Orlando Bloom posted to Instagram last week to commemorate a tattoo he got in honor of his young son. Then, on Feb. 19, he posted again to announce he’d gotten the tattoo corrected. As it turns out, Bloom spelled his child’s name wrong.

Bloom recently opted to get his son Flynn’s name tattooed in Morse code on his arm. However, according to BuzzFeed News, he got the code wrong. Instead of spelling his name as “Flynn,” he spelled it as “Frynn.” You can see the original tattoo below:

Bloom did get it corrected, though, and noted the source of the mistake as a Pinterest graphic explaining morse code.

You’ll notice that in that graphic, “L” and “R” are shown to have the same translation into Morse code, which obviously isn’t true. Bloom seemed to take it lightly though, joking about the mistake in his caption.

“Finally dot it right,” Bloom said, riffing on the fact the original tattoo was missing a dot. “How do you make a mistake like that? #pinterestfail (read the small print) fortunately I know how to spell Sidi.”

So, here’s a reminder, for Orlando Bloom and everyone else: Double-check everything you find online. Especially if you plan on getting something you found online tattooed onto your body forever.