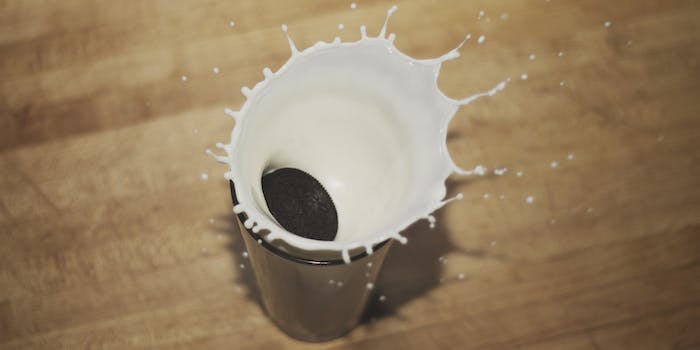 The milk splash says it all.

We’ve seen plenty of trick shots, but until now, none of them have ever featured Oreos, America’s favorite dunkable cookie.

But why shouldn’t we have our fun before we eat it? That was Peter Bamforth‘s idea when he combined Oreos, milk, and too much free time to produce this video compilation of crazy ways to get an Oreo into a glass of milk.

He’ll swish it, flick it, and roll it to its destination, making our old-fashioned dunking pale in comparison. We only hope he cleaned those surfaces beforehand.