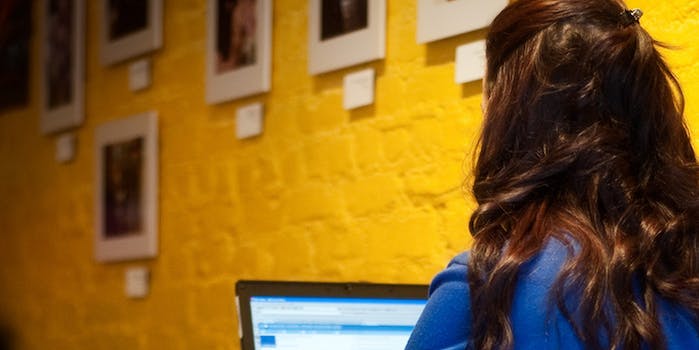 Why is online sexual harassment so common for women?

We’ve been talking about online harassment a lot in the past few weeks, and now a timely new study from the Pew Research Center offers some hard data about the nature of digital harassment. 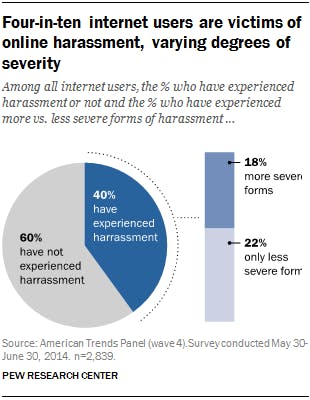 Harassment is especially severe for young women ages 18-24. Fully 26 percent of young women say they have been stalked online and 25 percent have been sexually harassed. This isn’t just something that everyone can brush off—a majority of people said that harassment was upsetting to them and 15 percent of people said the harassment impacted their reputation. Among those who have experienced online harassment, 60 percent decided to ignore the most recent incident while 40 percent took steps to respond in ways like calling the person out, blocking the harasser, or reporting the harassment to the site. 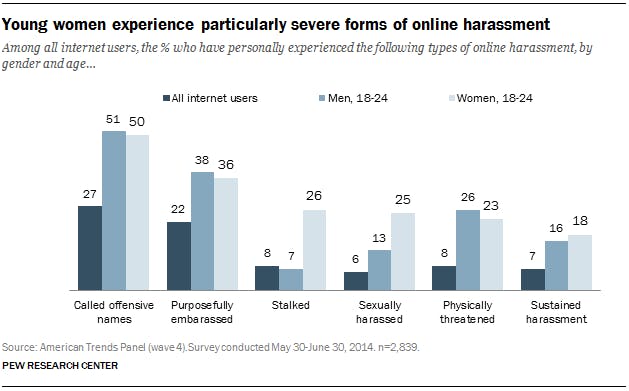 The new study points out that harassment affects the way people interact in “neighborhoods” online. That framing is important because it portrays the Internet as the important public forum it is, rather than suggesting that people who are being harassed should deal with the situation by just logging off. As Anita Sarkeesian has pointed out (over and over), when we work, live, and have significant conversations online, just opting out of the Internet is not a viable response to harassment. Most harassment takes place on social networking sites, but 16 percent of people reported being harassed in online games and 22 percent reported being harassed in comments sections. Significantly, 10 percent of people who responded to harassment said they reacted by withdrawing socially from the place they were harassed.


READ MORE:
As Anita Sarkeesian shows, online harassment can be a life and death issue

This is something we should be worried about: People who are likely to be harassed can stop being a part of online conversations. We’ll miss out on their voices. That’s part of why people have recently been pushing back so vocally against harassment in gaming: Letting the current culture of harassment to exist could drive women out of gaming communities.

This points to another important finding in the study. While fully 92 percent of Internet users agree that the Internet allows people to be more critical of one another, 68 percent also said that the Internet allows them to be more supportive of one another. So while there’s a lot of hate online, digital communities are very important for supporting people who might otherwise feel alone. People from marginalized groups—be they fat-positive activists or queer Mormons—have been able to do such powerful organizing online, finding each other and building connections despite physical distance. 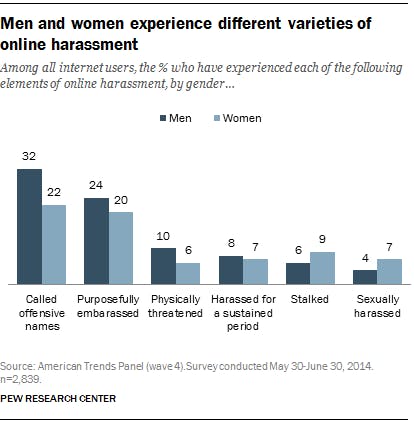 Harassment is currently seen as a necessary cost of existing online—people far too often see it as “just the way the Internet works.” But it doesn’t have to be. While there will certainly always be some creeps who make the Internet an unsavory place to be, we shouldn’t just shrug our shoulders and accept that a quarter of young women are going to be stalked if they use the Internet. It’s a social ill that can be changed. Now that the discussion has started, we need to figure out how to transform the depressing status quo.

Sarah Mirk is Bitch Media’s online editor. The best insult sincerely lobbed at her online was “thunder thighs.” This article originally appeared at Bitch magazine and was reprinted with permission.