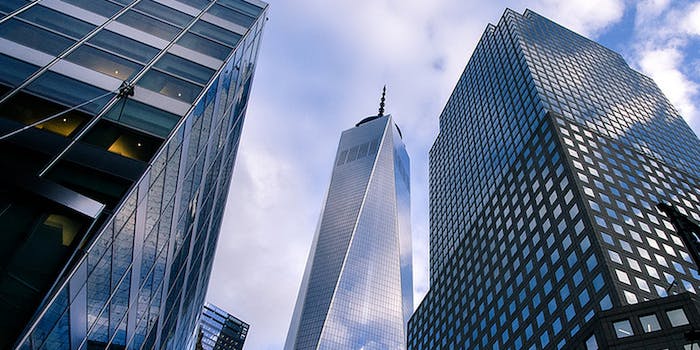 Two window washers dangled precariously alongside One World Trade Center after their scaffolding partially collapsed. They were 68 floors up.

It was an inauspicious omen for what we used to call the “Freedom Tower,” which opened its doors just nine days ago. Firefighters opted to cut through a window and pull the imperiled workers inside. Just a normal day at work for everyone involved.

Here’s a livestream of what’s happening on the outside, courtesy of WABC-TV New York. We’ll be kissing the ground in the meanwhile.