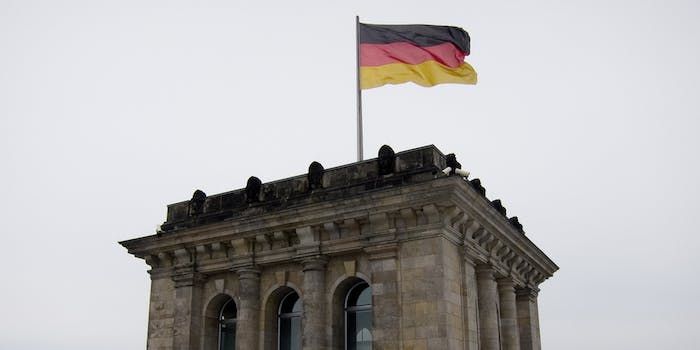 As much as one fifth of Germany had its email hacked

16 million email accounts have been compromised in Germany.

Sixteen million email users in Germany have had their passwords and other account information stolen, BBC reports.

Little has been reported about the details of the attack, and Germany’s Federal Office for Security hasn’t elaborated on its progress catching the hackers. Apparently, the attackers used malicious software to trick email users into enrolling onto “a network from where data could be stolen,” BBC wrote.

What exactly the hackers planned to do with the information has yet to be reported.

With a population of almost 82 million people, the number of people affected is about a fifth of that. However, it is unclear at the moment whether the attacks were aimed at German citizens or simply at email providers in Germany.

The Federal Office for Security believes, however, that because so many of the accounts infected end in .de, the attack was aimed at german citizens.

In response to the massive scope of the hack, the Federal Office for Security created a website on which Germans can check whether their information has been compromised.

Apparently, so many users visited the site that it crashed.