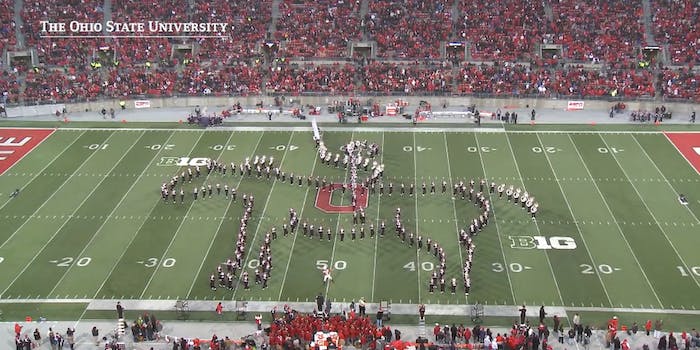 Who know you could make the Gettysburg Address look this cool?

The Best Damn Band in the Land is also, apparently, the most educational.

For their final home game of the season,  the Ohio State University marching band paid tribute to the Gettysburg Address, which occurred 150 years ago this week.

It took President Lincoln just over two minutes to give the speech. Ohio State took ten to commemorate the addres on the field. The game’s announcer read the speech while the band formed a series of moving shapes, from marching soldiers to the Lincoln Memorial itself. It’s a more quiet performance than some of the band’s recent performances, though the subdued tone is surely more fitting.