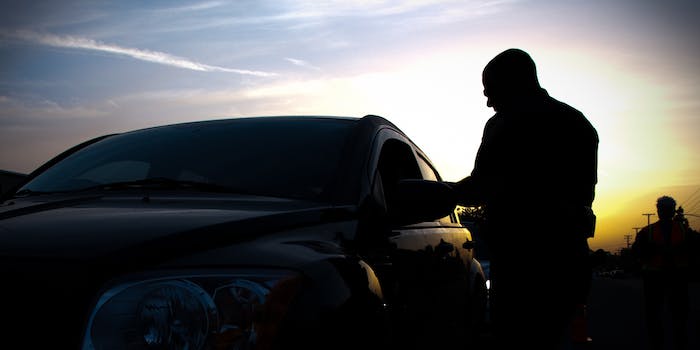 Ohio man dances his way into a DUI

His sweet dance moves couldn't get him through a sobriety test.

Getting pulled over for impaired driving is no laughing matter. But it is, as one Ohio man proved, something to dance about.

On Sunday night, Dale Bentley was driving through the town of Gahanna, Oh., when he was pulled over for speeding. The police ran Bentley through some sobriety tests while he laughed and riffed about the “women he met at a bar earlier in the night,” WTAM reported.

After failing one of the tests, Bentley started boogying down while the police officer’s dash camera was recording.

Bentley was charged with Operating a Vehicle Impaired (OVI), speeding, and failure to comply with a police officer. He has pled not guilty and is expected in court on Sept. 5. No word on whether the judge will allow him to present his defense in the form of an interpretive dance.