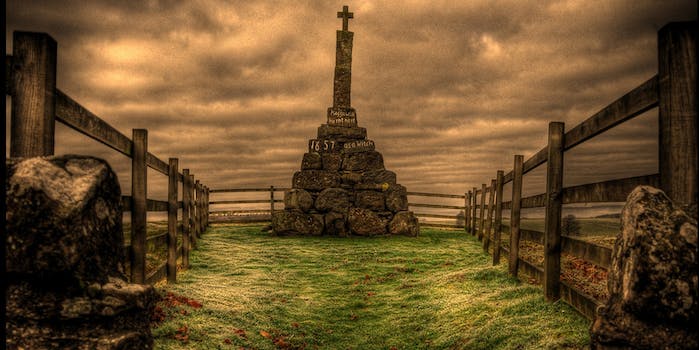 The secret occult conspiracy hidden in the new emoji set

The bell, book, and candle are used to damn people to hell. What are they doing together? What’s going on?

Like the rest of you, I was delighted to see that there are new emoji on the horizon for 2014. I am a heavy emoji user (here’s my recap of the Game of Thrones finale!), so I spent several happy minutes paging through Emojipedia’s list of the upcoming new icons. I’m not too excited to have to scroll past even more pictures of file folders, and I’m bummed that there still isn’t an avocado or a butt. But I applaud any increase in vocabulary and expressive range. Plus, like everyone else, I’m delighted about “Reversed Hand With Middle Finger Extended.”

And they’re doing mirrored versions of most writing implements, so my shruggie can hold more stuff in both hands.

Then I noticed this.

OK, so if you didn’t know, “bell, book, and candle” were originally ingredients for hardcore excommunication from the Medieval Catholic Church. The associated ritual, in part, declares the sinner “excommunicate and anathema; we judge him damned, with the Devil and his angels and all the reprobate, to eternal fire until he shall recover himself from the toils of the devil and return to amendment and to penitence.” Then the bell is rung, the book closed, and the candle snuffed out. Harsh.

In short, the bell, book, and candle are used to damn people to hell. And sure, they’re all objects, but they’re not the same kind of objects! What are they doing together? What’s going on?

And who’s this guy?

In search of some clarity, I went to Unicode.org, which has a PDF showing all the unicode symbols with the new emoji-to-be highlighted. Here’s the “miscellaneous symbols” section: 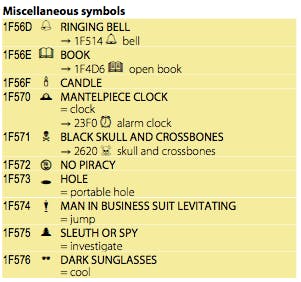 First of all, that book looks almost exactly like 1F4D6, “open book,” a.k.a. the book emoji we already have. Why recapitulate it, unless this were a very special book? An eldritch book?

Also, what the hell is up with literally everything else in this category? I can get down with the mantelpiece clock, even though let’s be real who has those besides creepy dead uncles who are going to leave you their mansion as long as you can spend one night within its walls. But this skull and crossbones? Levitating Man? Spy? PORTABLE HOLE? What witchery is this? At this point, I assume the dark sunglasses are just the kind you put on when you can’t cope with what you’re seeing. Not “=cool” at all, Unicode.org. Not “=cool” at all.

Suddenly, other parts of the new emoji vocabulary started to look sinister. What’s with all this outdated tech, for instance? New symbols include three kinds of floppy disk, a tape cartridge, “Telephone on Top of Modem” (I guarantee you there are professional editors who don’t even know what that means), and “Telephone Receiver With Page”—yes, an additional fax icon, for all those times you need to talk about faxing and want to mix it up with the existing fax machine emoji.

Why does whoever (or whatever)’s in charge of the Unicode standard think we need to talk about all this outmoded tech? Is it because they plan to send us back to a technological Dark Age, in addition to creating a literal hell on earth full of levitating businessmen and holes?

I’d been psyched about all these new options for discussing communication and feelings: 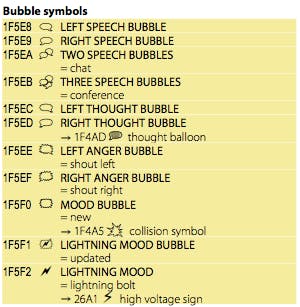 Now, though, I started to wonder about “lightning mood.” I don’t know if I’ve experienced “lightning mood”—is it a spell? And where did all these spiders come from?

In search of calm, I went to look at the existing emoji, my trusted partners in texting and recapping Game of Thrones and not talking about avocados. There were my painted fingernails, and my besotted cat face, and my weird overabundance of chickens covering the entire poultry life cycle. There was… 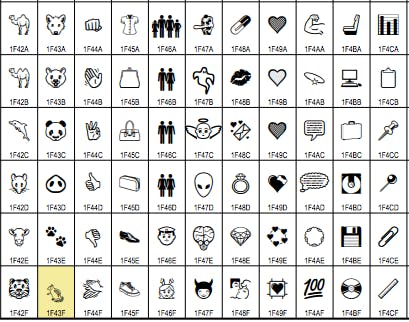 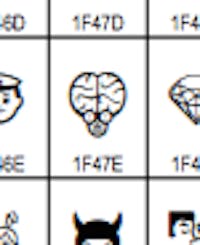 It all becomes clear now. OK, well, if you need me, I’ll be hiding in a portable hole.